This is a sub-page of Bully: Scholarship Edition (Windows).

Originally, the clothing system in Bully worked just like in GTA: Vice City, you only had a couple of outfits to choose from.

This is Jimmy's true default model. He looks like this if no clothes are set onto him. His earlier appearance seems to be remastered for the port, unlike some other leftovers, probably for testing purposes.

The Boxing Outfit model has two missing textures that can only be found in the original PS2 version.

The Mascot Outfit model is used in the final game by Constantinos, it even has a winter variation that you never get to see because it's never used during Chapter 3.

Bob was part of the jocks clique and can be spotted in pre-release screenshots, the exact reasons for his removal are unknown.

He would have been one of the opponents in the unused wrestling classes.

Ian was cut from the game, so his character model went unused.

He was Dr. Watts' original assistant in Discreet Deliveries, but was eventually replaced with Donald from the nerds.

Floyd would have been the owner of a music store in Bullworth.

It is believed he was going to be used in the cancelled Xbox version of the game, allowing you to replace the game's soundtrack with custom songs.

Nate was the shopkeeper of the Rocket In My Pocket store.

The store was eventually removed, and so did Nate's role.

Technically not unused, but you only get to see him if you fail the mission The Gym is Burning.

He was also meant to appear when pressing the fire alarm.

A Doberman dog that is never seen in the game.

No animations exist for its skeleton so there's no way to properly view its model in action.

Luis originally had a wrestling outfit.

Like Bob, he was going to be one of the opponents in the unused wrestling classes.

Pinky, Justin, Bryce, Gord and Tad all have unused models of them wearing different clothes. It is currently unknown what these models were going to be used for.

Gord is the only one that is not programmed in the game.

Pedro and Sheldon both have pajama models. According to the first trailer of the game, they were originally going to spawn in the Boys' Dorm.

Ted, Edgar and Zoe have winter models that go unused due to them never appearing during Chapter 3.

Zoe's model is the only one with a cutscene model.

TO_Gas_SA.nif is a cut character that only exists in Scholarship Edition. There is no associated texture and it even has a winter variant.

The slingshot's cutscene model is white and matches with an early design seen in pre-release screenshots.

Some characters have cutscene models that go unused, others have a cutscene model that is different compared to their in-game counterpart.

The hobo never appears in a cutscene during Chapter 3, leaving this model unused.

Gary never appears in a cutscene during Chapter 3, leaving this model unused.

Zoe never appears in a cutscene during Chapter 3, leaving this model unused.

Mr. Hattrick's cutscene model has him wearing a white shirt. This matches with an earlier design of his.

Damon has different shoes in his cutscene model. This matches with an earlier design of his.

A devil fork, it is unknown who was supposed to use it.

The wand's texture sheet from the original Bully.

An untextured wand that may have been intended for Pinky. A texture file does exist in the original version of Bully.

The Super Spud Gun. The weapon can be modded in and functions like the normal Spud Gun. No icon for it exists.

It is possible the player could've unlocked it at some point in the game.

A cut item called "PCSpec". Its model is used as a prop in stores, but it was an actual item at one point.

This would've given the player some points to fill their Special Meter. The item itself doesn't do anything anymore.

After getting knocked out, peds could've dropped a specific amount of money depending on stats listed in the unused "ped.dat" file.

The items don't do anything anymore.

W_Candy.nif contains a piece of candy. Jimmy was originally going to prank Edna with this.

DPI_VFlytrapDMG.nif Is a destroyed variation of the Venus Flytrap.

Earlier in development the plant was meant to be destroyed, rather than poisoned.

chemical.nif Is an explosive chemical, Ian would've given you these.

BoldRoll.nif Is a model of a rolling rock. Greasers would've pushed some throughout the race.

JPhoto.nif is a picture of Damon. Meant to be given to Crabblesnitch.

4_S11_equipment.nif is a model having a bunch of equipment supposed to be around the football field.

A bunch of models meant to be used in the Boxing Gym interior.

Lobby_Bench Is a bench meant for the school. 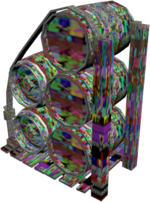 BeerKeg.nif contains a bunch of beer kegs. The texture file is corrupted.

JD_Cam.nif is a joint driver camera... whatever that means. It might be used for cutscenes. 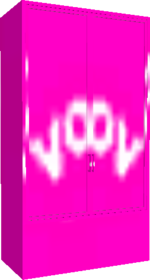 MedCabi.nif contains a cabinet. As the filename stands for "Medical Cabinet", it was possible that it was intended for the scrapped Infirmary room.

A handful of .nif files contain a cube with the Void texture placed onto it.

ladders_towers.nif contains a group of towers for a ladder test. 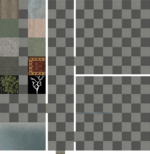 TEST_stepbox.nif & TEST_stepbox01.nif contains a box. Might have been for a walking test. 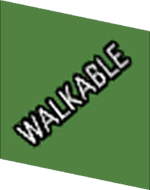