The new generation remaster of Burnout Revenge, released about 6 months after the PlayStation 2 and Xbox version. It brings a whole new look to the Burnout series with high-definition graphics, more detailed car damage, and bloom, lots of bloom lighting. Also the same three car engine noises are used for every car.

A decent amount of unused stuff found in this release can also be found in the previous generation release.

The codes under All other releases work for all the known regional releases*, with the exception of SKU ID 06 (Traditional Chinese and Korean) that have different addresses and no additional Title Update.

* The tested releases are as follows: 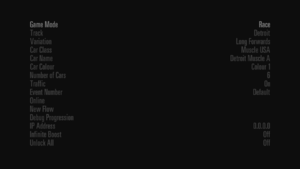 A debug quick start menu that lets you enter any map in any event. All of the locations use their real life names for easy reference, and is a leftover from early builds of the game. 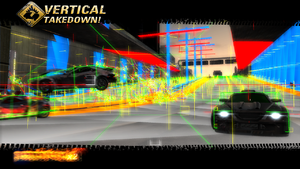 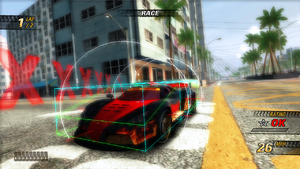 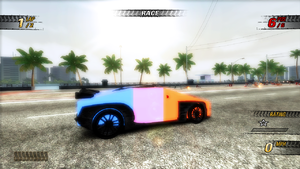 Many different visual debugging options. Each option's effect can be seen individually here, except for CB4PhysicsManagerDebug::​DrawVehicleAsHull which is exclusive to this version. DrawCircle and DrawBox are normally enabled by default on the previous generation release.

The codes that are in a smaller font written in the same row only have any effect if the code above it is active.

An unused cleaner variant of the Burnout Revenge logo. Compared with the used logo.

A few unused textures from the previous generation ended up making its way onto the Xbox 360 release here. Some were even redesigned to be higher quality, despite being unused.

During the development of the PS2 and Xbox version, Crash Tours were meant to have a singleplayer variant as well, before being cut and only left as a multiplayer only gamemode. This texture for some reason was still redesigned to be higher resolution, despite going unused yet again.

The same unused checkpoint texture found in the previous release, but with extra dithering this time.

During earlier stages of development, there used to be a world map graphic that'd display what location the selected track is based on, and it'd be pinpointed on the map with this marker with a lens flare. 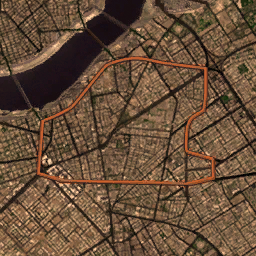 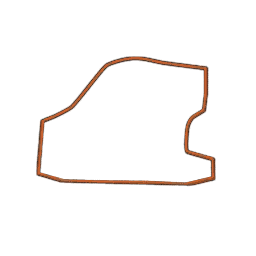 This texture is left over from very early development stages of Burnout Revenge. The final Xbox 360 release uses various shots of the area and the final previous generation release uses a yellow trailed dot over the track overviews. This more closely resembles to how Burnout 3: Takedown would display tracks.

Normally the background would be hidden and only the actual track would be seen, but they have been exported both with and without the alpha channel masking, to get a look at the early city overview.

As mentioned above, the previous generation had an overview texture to show the track. Those graphics are still present in the Xbox 360 release. These are stored as two separate textures, 1st one being 128×256 and the other one being 512×256. They're meant to go together, with the 2nd larger texture coming first and create a single 640×256 overview graphic.

The old revenge ranking bar, redesigned to be higher quality, yet it went unused in favor of a different revenge bar.

A good amount of the previous generation releases UI is still present in the files. Some textures have more to show when exported without the alpha channel masking, those are shown on the opposite side of the texture.

This graphic is normally split in three 256×256 chunks, creating a single 768×256 texture when combined. 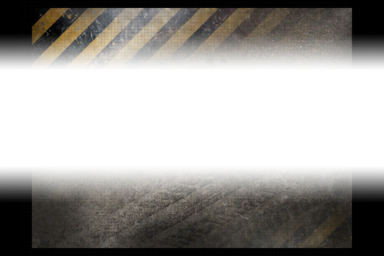 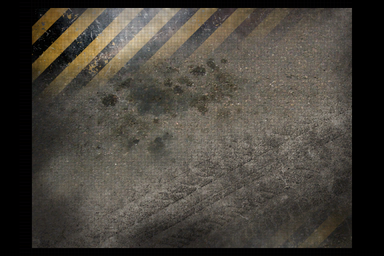 There's a decent amount of sounds found in this release that are remnants of the original PlayStation 2 and Xbox release. A few of the filenames seem to indicate they were meant to be reused for online, but are likely just placeholders.

The game normally uses an identical award sound for all three, Bronze, Silver and Gold medals that are located in Gen_HUD.xwb\MDL0#____L11, where # is replaced with either 1, 2 or 3. The individual event containers have completely different medal sounds that aren't used in-game.

Interestingly, while they do work as intended in-game if they are edited back into Gen_HUD.xwb, during the ranking screen it only plays MDL01____L11 for some odd reason.

There is an unused string with the ID DE8A05EF that's meant to display on the main menu. It can be seen being used in the early PS2 & Xbox demo builds, but in all subsequent builds and releases, the string remained blank.

A tutorial video for Xbox live can found in Information menu when connected Xbox live.However due to EA shut down server (2nd time) on 24th october 2017.This tutorial video is completely unseen.