Bust-A-Bloc (known as The Block Kuzushi Hyper, and released as part of the SIMPLE 2000 series in Japan) is a fairly generic Breakout clone... IN 3D! 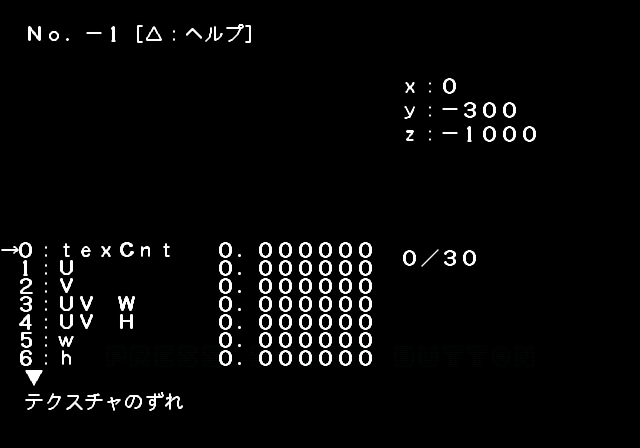 Use the code 20100188 0C04BE26 to display texture debug text. However, there are no controls to interact with this menu.

The extensionless file DUMMY, only found in the European release, is actually a .ISO file of the game Makai Tenshou. While it has a filesystem, the beginning data just repeats itself, rendering it unusable. It is a shame, as the image was from May 16, 2003, a little over a month before the retail build.

In the game's ELF executable, offset 0x1285F0 in the original Japanese release and 0x12A090 in the European localization contain build dates: