This is a sub-page of Captain Toad: Treasure Tracker (Nintendo Switch, Nintendo 3DS).

Some levels are exclusive to the platform.

There are four unique levels that did not make the final cut. According to several debugging files, they were cancelled early in developement. 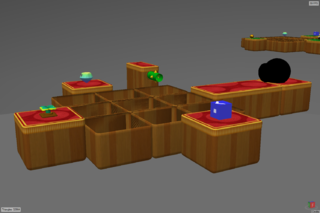 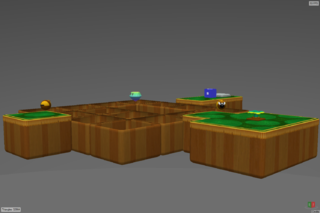 Flip Panels were meant to reappear in this game as well. This level consists of two separate zones which are connected by a pipe cannon. In both zones, Toad must activate all Flip Panels in order to progress. Piranha Creepers and Stingbys serve as additional hazards for the player. One of the Super Gems is obtained from pulling one of the plants. Despite being in an almost finished state, the level requires two models which are absent from the ObjectData folder: HosonoFixParts005 and HosonoFixParts006. Thus, the level is not fully playable. Furthermore, the Flip Panels are not implemented in this version. Interestingly, the platforms' textures are very similar to the ones from Beep Block Sky Plaza. 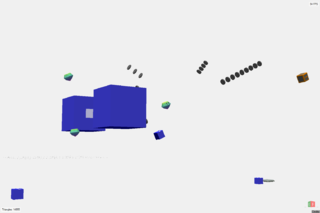 This appears to be a water-themed level... which is clearly unfinished due to the lack of related object files. A bunch of coin lines can be found here and a Warp Box is used to reach the Power Star area. 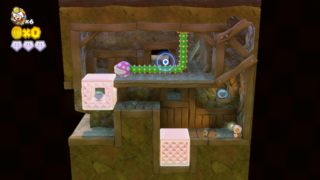 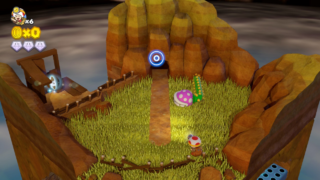 A scrapped course that was featured in the E3 2014 trailer (see below for more details on that). Touchstones, Piranha Creepers and a water section have to be traversed in order to obtain the Power Star. Furthermore, one-way doors (DoorOneWay) would limit the movement freedom, however, this object is not implemented in the game at all. Despite of this, it is one of the few fully functional unused level in the game. The course was presumably replaced by Pickax Cave Plummet from Book 3. 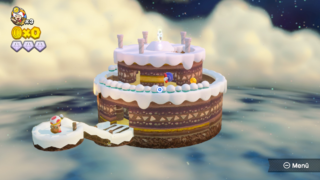 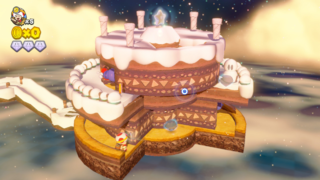 A snow-themed stage which is set on a large round cake. The dessert needs to be explored while avoiding Ant Troopers. It is not fully playable due to the missing object type SwingMapParts. Furthermore, the candle fire does not appear since it has been removed from the data as well. This level would have compensated the lack of snow/candy courses in the game... A candy-themed level called Cocoa Meltdown was added in the Special Episode DLC, though.

The original Wii U version featured four levels from Super Mario 3D World. These courses were removed in favor of Odyssey-esque stages in the remakes. Most objects found in those levels are still present in the files, excluding the actual level models. Furthermore, all text (excluding the bonus challenge objectives), music and graphics have been wiped as well.

This is Super Bell Hill which features Cat Goombas, bell trees, crates and more objects which do not appear elsewhere in the final game.

Better known as Conkdor Canyon. This desert course is the only level containing quicksand and Stingbys. It is worth mentioning that the unused level DoubleZoneFlipStage would contain Stingbys as well.

Shadow-Play Alley is an interesting course that is set in a dark underground. Potted and Giant Piranha Plants, Blurkers and several other objects only appear here.

The original ending cutscene featuring the cast from 3D World was left over in the StageData as well. However, the models of the playable characters and the unique background music have been removed, rendering this sequence useless and unfunctional.

All the Adventures of Captain Toad courses from 3D World were carried over while developing the game. They were most likely used for testing purposes, reference or served as templates to build other levels. However, several object classes are not implemented in this version resulting in many objects being missing during actual gameplay. They were updated with proper collectible Power Stars; the Green Stars and Miiverse Stamps have been removed. All levels use a unique intro cutscene in which the camera moves around the whole stage (StageStartBindDemoKinopioBrigade) and Captain Toad appears from a warp pipe. The camera control guide message does not exist anymore. 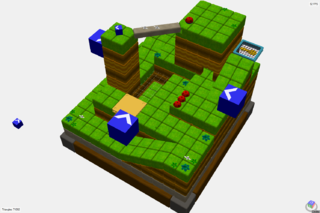 The microphone-controlled platform (LiftMike) is not controllable in the Switch port rendering the stage unplayable. 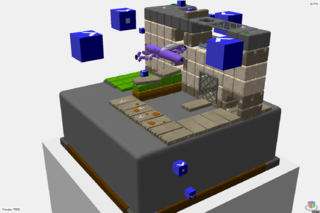 This course features a Rammerhead (SyumockRailMove) which has no code in this game. Therefore, some objects will not appear during gameplay. 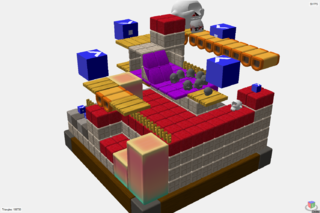 The only level which works perfectly fine as all the object classes are properly implemented. 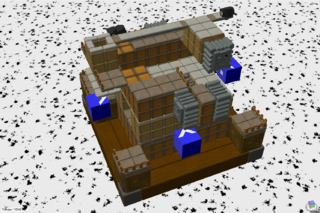 Thwomps (Dossun) are supposed to appear in this level.

Captain Toad Gets a Spin 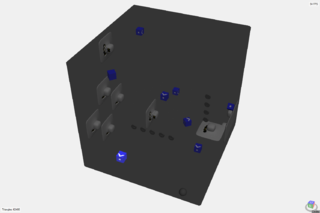 This stage contains switches that rotate the course when activated. Purple blob-enemies called Fizzlits (Peto) are supposed to appear in this level. 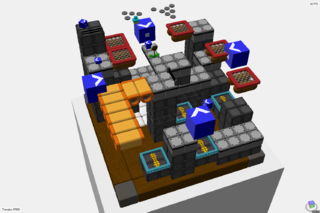 Rising lava and Fiery Piranha Plants serve as hazards. Unfortunately, the lava does not appear to work at all. Interestingly, this stage contains a Miiverse Stamp and three Green Stars. In fact, this stage is pretty much unchanged from the original version seen in 3D World.

These level variations are used in the eShop demo of the game. They are pretty much identical to the final stages. However, all Pixel Toad locations have been removed as this feature is deactivated in the demo version. The levels featured in the demo are...

... and the boss fight against Draggadon in The King of Pyropuff Peak.

Surprisingly, most stages featured in the E3 2014 trailer remain in the StageData folder as well. They are slightly different of existing courses. Therefore, we'll only list the most notable differences below.

Blizzard on the Star Express 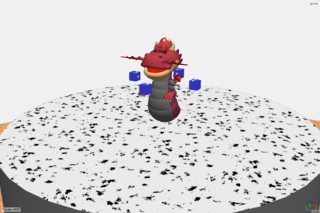 This is the final cutscene in the E3 trailer in which Captain Toad rides Draggadon. It was presumably created specifically for the trailer footage.

Retrieved from "https://tcrf.net/index.php?title=Captain_Toad:_Treasure_Tracker_(Nintendo_Switch,_Nintendo_3DS)/Unused_Levels_Part_1&oldid=780889"
Categories:
Cleanup > To do
Subpages