Another racing game based on the Pixar film. 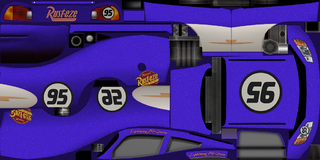 An unfinished paintjob for Lightning McQueen. 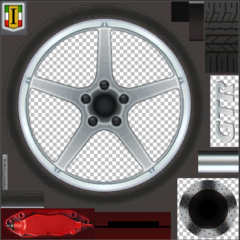 An early wheel for Lightning found in the X360 data. 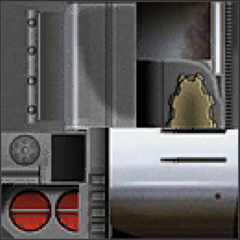 An early kit piece for Lightning's bodymesh earlier model that uses Snot Rod's engine as a texture, found in the X360 data. 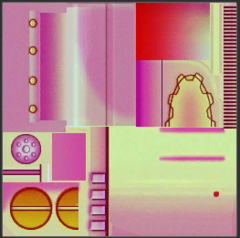 The gloss texture for the early Snot Rod engine kit piece for the bodymesh model found in the X360 data. 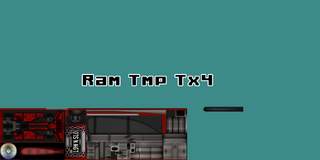 A "temp" paint job for Ramone found in the data.

An unused icon for Dragon McQueen found in the files. Due to Tokyo Mater lacking icons in two player mode, this goes unused.

Unused icons depicting early designs for Doc and Chick's students, which were seen in a prerelease screenshot. 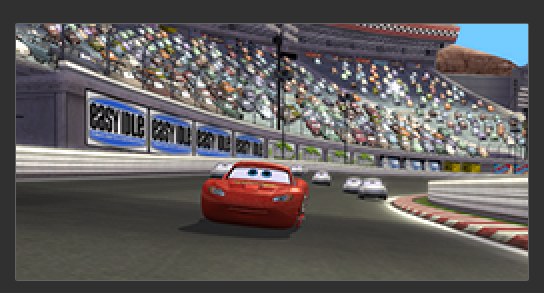 An unused event preview for the first cutscene in the game. This appears to be based on a much earlier build, as if you look closely you can see Lightning has different/earlier kit parts, and the students in the background do not look like any students in the game, not even the earlier ones with the unused icon.

Present in C/UI/Tex in the Nintendo Wii version, is an early loading screen. Its very similar to another loading screen of Lightning McQueen that's used and might be an earlier version of that, however it has quite a few noticeable differences compared to the used one. McQueen's using a different tire set, has a much more tense and exaggerated expression, and it presents the associated company's logos at the bottom of the screen.

mcq_bodymesh.xng in the Xbox 360 version is an early model for Lightning with different kit pieces. A video depicting this model of Lightning in action can be seen below.