Character_Profile_Pic3.tpl, found in Save.arc, is a picture of Chuck E. Cheese with "Check E." at the bottom. It may have been a secret unlockable after 100% completing the game (get all ultimate prizes, all trophies, and the "Legend of Chuck E. Cheese's Party Games" Trophy). It's unknown why it was scrapped, but the fact that it's misspelled might have something to do with it.

Also found in GameRoom2.arc is a sign saying "main menu", so this was probably made when Game Room 2 wasn't planned yet.

LW_PB_Banner.tpl in LuckyWheel.arc is a banner if you once unlocked Block Stacking from the Lucky Wheel in early builds.

HF_BG.tpl in cec_mainmenu.arc is a early version of the Hall of Fame room. Chuck E. is missing because that's where the Leaderboard sign will go.

In PMM.arc there are two files called PMM_Open.tpl and PMM_Close.tpl, these were found in the files of the pizza menu (Where you choose Pizza Mania or Made to Order) these were likely to be on top of the door.

Found in BA.arc is a file called Safety_Zone.tpl, this is probably a safe zone test. 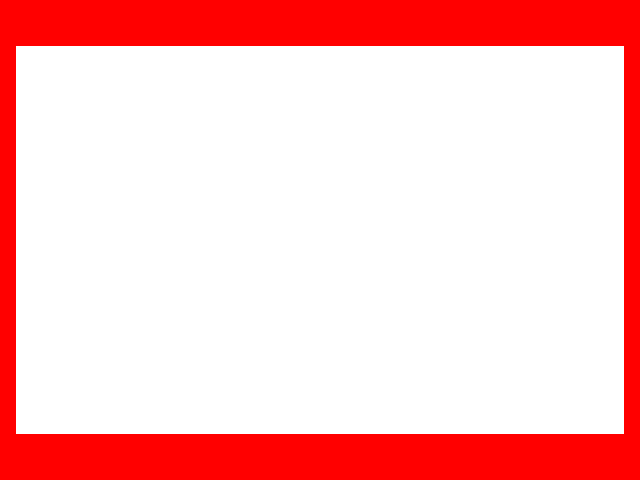 Found in DQ.arc is what appears to be a Wii Remote, it's unknown what the purpose was.

While numbers from 1 to 9 are used, 0 is not because in the final release after 1 it either says "Time out!" or "Next Level".

While the first one is used, the second and third are not, they might of been part of Block Stacking (e.g. Grabbing stuff) 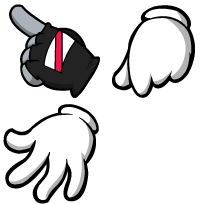 Found in JRC.arc is what appears to be early versions of Jasper's emotions in Jasper's Racing. 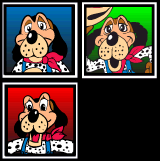 Found in HistoryS.arc is what appears to be a sign saying "History Board", the final game uses Head_Result.tpl which says "Record Board", replacing the Head_Result.tpl with History_Result.tpl will show the sign correctly, History board might of been the early name for the Record Room in the Hall of Fame. 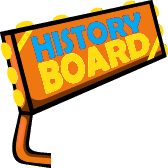 found in HomeManual.tpl and sample.tpl is an image of a WiiWare instructions screen that is a leftover from Balloon Pop Festival, this is also in Sports Games.

Found also in HistoryS.arc is an image with pizzas and text saying "PIZZA" this was likely used for the pizza minigame section.

The Jackpot music in Whack a Munch lasts 10 seconds, but is inexplicably cut off about eight seconds in.

Free BGM 4.brstm in the folder "stream" is a theme which might be familiar if you played the DS version.

Found in PM.arc is what appears to be early animations for Chuck E. Cheese in the TV Screen, this can be seen in early footage. 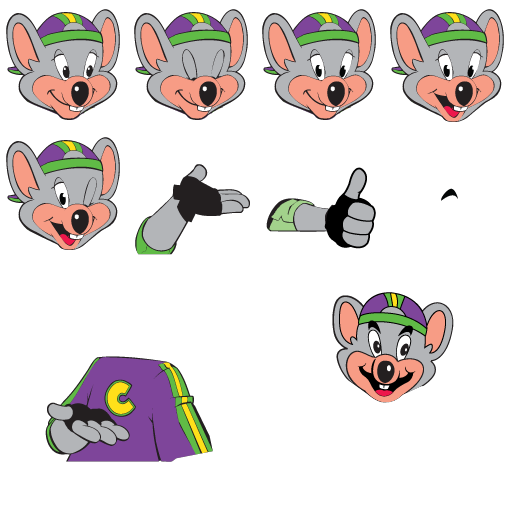 In the brlyts in TrophyR.arc, there are two files WG_Trophy.brlyt and PB_Trophy.brlyt, these were probably for Water Gun and Block Stacking but no assets for the trophies appear in the files, the only reference to them are their brlyts and brlans.