Chunithm Amazon is the 7th game in the Chunithm series, a series about penguins and pretending to play a piano.

A dummy character was used in place of the character you have by default.

Two dummy jackets were used in place of the jackets used for each song.

A dummy map icon was used in place of the default map icon, despite it being nearly identical minus the watermarks.

A temporary QR code was used in place of the QR Code in game, which would bring the user to the Chunithm-Net website. Interestingly, the dummy QR code is a standalone image, while the final version is incorporated into the texture file for the User Box.

and a temporary system voice icon. 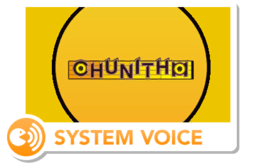 Inside of every C .h code file is a copyright header with additional information.