From The Cutting Room Floor
Jump to navigation Jump to search
This page contains changes which are not marked for translation.
Other languages:
English • ‎español • ‎polski • ‎português do Brasil • ‎한국어

Clash of Clans is a strategy released for iOS and later Android. It has since gained a following and has gone on to be one of the highest-grossing and most-downloaded apps of all time.

Between November 24th and December 8th of 2014 and 2015, iOS users were able to purchase a special gem bundle to contribute to AIDS research. When they did, they received a red shield on their Town Hall. The bundle is still present in the game, albeit disabled, along with the red shield graphics.

The following hints are currently visible to players with a Town Hall level of 999+, which is impossible to achieve in the game, therefore they are unused. They are stored in hints.csv.

Join the Clash of Clans Forums! Look in Settings - More.

You can't change the name of your village. Your villagers wouldn't know where they live!

Regions.csv has five unused regions named CUSTOM1-5. They cannot be set in the game.

A variation of the jingle that plays when you deploy Clan Castle troops goes unused.

A debug menu was found inside the file libg.so.

Mix of Colors found in debug.sc 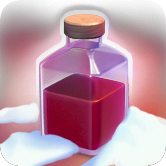 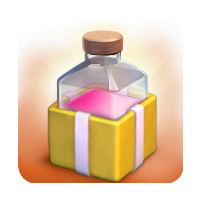 Two unused decorations, named env_npc_plant1 and env_npc_plant2, were found inside the "buildings.sc". As their names imply, they would've been used in NPC Bases. If injected to appear in the decorations menu, their name is "TID_Passable_Stone".

This bigger version of the gem box was featured in a joke video, but the graphics for it were left in the "buildings.sc" file.

There is an interesting file called royale.sc, that contains 3 old screenshots from Clash Royale. These graphics are called "clash_royale_softlaunch_event_item". You can see this file here.

There is a file called "promo_puzzle_and_dragons.sc" in the game. Unfortunately, there is nothing too much interesting in it:

There are some dummy files inside characters.sc and many other files.