Columns is just your average Columns port to the SNES...except it isn't, because it released in 1999.

Too little, too late. 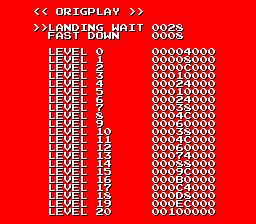 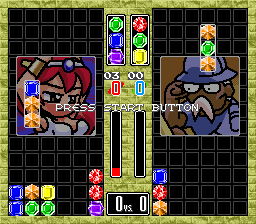 Use the Pro Action Replay code C000880C to boot into a debug menu that allows you to adjust various parameters for Original and Versus modes, including the speed of the game at each level. Use L/R to switch between game modes (including all 5 individual handicap levels for Versus games) as well as a seventh page that lets you just enable an ingame debug display which shows the current value of the attack meter during a Versus game.