This sub-page covers not only unused models, but also early or alternative textures for used ones. If you open a model with a hex editor, it will display both all texture names used (.tga files are listed twice for some reason) and where the model and its textures were located during development. 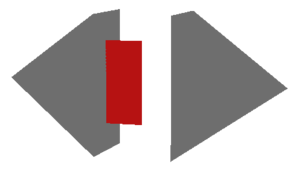 ...something? It's texture also includes a blue and a yellow rectangle. The red rectangle disappears when viewed from the other side. 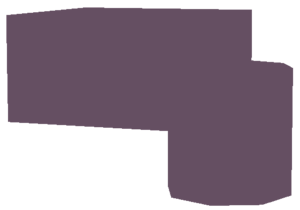 A box clipping a cylinder, both using a solidly purple colored texture. The model and texture came from a folder called "stupid test thing for mark". This probably refers to Mark Sachs, the lead programmer for the game. 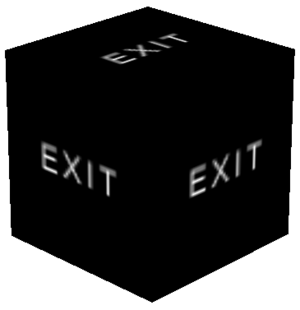 A cube with "exit" written on. This model is duplicated for every tileset folder except the VR set. In the final, exits are spherical and have variously colored zigzag patterns on them in stead of writing. 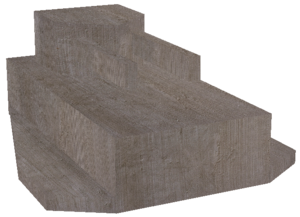 A rough double-barrelled tank made out of concrete. This has the honor of using the only .jpeg texture in the game. This texture is one of the few that is not square. 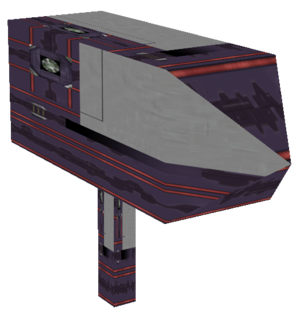 A weird hammer shape using some wall textures. This may have been used to test attaching models to bosses. Bosses in the final game often have separate turret models attached. 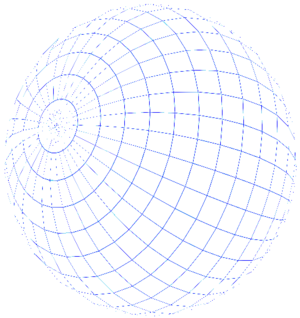 A blue wireframe sphere. It is only visible on the inside, so it was likely intended for a skybox like the glass dome. It is oriented on its side compared to the glass dome. 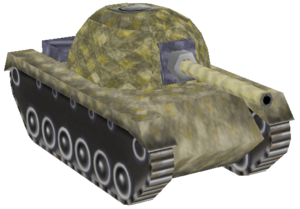 A rather non-futuristic tank. Judging by where it and its textures were located these are relevant to something (code)named aurora. Magic Lantern hasn't released anything with that name.

Two similar tanks based on Sledgehammer. p_try‍ '​s barrel is misplaced. Both models are slightly lower than Sledgehammer's. 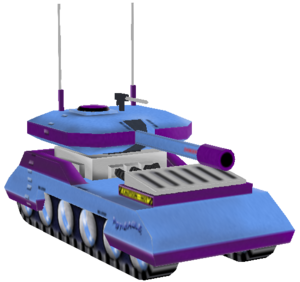 These two models appear identical. A weird blue and purple tank that uses threads, rather than the hovertanks from the final. The thread texture is also one of the few non-square textures. 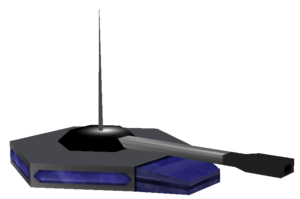 A grey flat enemy with a relatively huge antenna. This doesn't resemble anything in the final game, but judging by the filename it would have died in one hit.

A copy of the buzzbomb model, shifted slightly up. Exciting.

A version of the Solid fuel drone with a much higher resolution texture: 256*256 rather than 64*64 for the final. The biggest difference is the blue exhaust port, which became black in the final. The final model is shifted forward compared, which can be seen in-game as it turns around the back of the model rather than the middle.

e_smarttank_01.AMO is a version of Ironclad with a lower resolution texture (128*128 rather than 256*256). It is largely the same, the only differences being a highlight on the barrel and a different texture on the back.

It has a shield as well. The geometry of the actual tanks are identical, but smarttank‍ '​s shield follows the contours of its tank less. It is also shifted to the left, so it doesn't cover your tank in-game properly. The existence of the shield is somewhat odd, as smarttank's filename indicates it is an enemy.

There is a red and white variant of the hunter texture called enemytanka copy.bmp. besides the coloring a few details have been altered between the early and the final as well.

t_e_turret_01 is an early texture for the medium turret (the final is called e_turret_02). Its coloring matches the game's early tron textures.

A nearly finished version of Axiomatic's texture called tank.bmp is missing some rivets and is less shiny on the wings. The final texture is tank_01.bmp.

Firebat has an early texture and a related model. p_02a.bmp is a green version of the final, with the texturing for the fans missing. badass1.AMO is shifted up slightly, and uses the texture of Raven (p_02.bmp). It is likely that Firebat once occupied the second slot in the list of playable tanks. It is eighth in the final.

Two models from a survivor game (Magic Lantern released two) are also in the game files. None of the textures they use are present, so placeholders are used for these renders.

A log (presumably) with a thing on the end. The latter is only visible from above. One of the log ends isn't aligned properly. 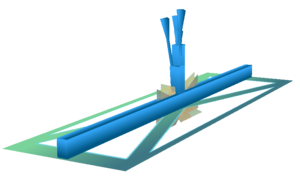 Whatever this thing is also exists. The yellow parts are transparent, and the green part allows holes in the texture but renders partial transparency as opaque.