This is a sub-page of Command & Conquer: Red Alert 2 (Windows).

Inside ra2.mix you can find more .mix archives. The files are sorted by the .mix archive they are located in.

An unused bomb icon, similar to the Ivan bomb icon but with a different palette and the last frame appears with a skull. The last frame was to be used with remotely-detonatable Ivan bombs, but these were scrapped.

Similar to the final version, but with a different palette.

As mentioned above, the respective palettes cannot be found in the Red Alert 2 files. The files in most cases use the animation palettes from Tiberian Sun, which appears to have been used for Red Alert 2's animations during development before switching to a unique palette.

Leftover graphic from Tiberian Sun. This would be overlaid on any buildings whose power had been deactivated. Presumably abandoned in Red Alert 2 whenever the ability to individually control building power was abandoned.

An unused projectile graphic from Tiberian Sun, where it also went unused.

Apparently using all the colors of palettes uniturb.pal, unittem.pal and unitsno.pal. May have been used to measure and compare the height of objects.

Was used in the bonus crates in Tiberian Sun, where the earned premium would be a one-use Chemical Missile. Uses the Tiberian Sun animation palette.

Part of the original animation for the Chrono Sphere super weapon. This would have been tiled from the top of the screen and played with the exit vortex, but was later abandoned. Uses Tiberian Sun's animation palette, supporting the idea that Red Alert 2's animations were originally created in this palette before development of a unique colour set.

Can be activated in rules.ini, and is obtained through bonus crates. It gives invisibility for any unit that touches the box. This was a crate feature from Tiberian Sun, where this animation was used, but the crate was presumably disabled in Red Alert 2 as "cloak" logic was adapted for underwater units (cloaked units will make the "sub appearing" sound rather than a (de)cloaking noise). Uses Tiberian Sun's animation palette. 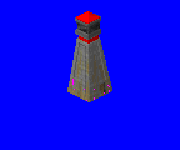 Unused tower sprites from Tiberian Sun. Like the above, frames for every animation exist and the sprites were stretched up slightly. These were also rendered in Tiberian Sun's unit palette, which differs from Red Alert 2's only by the inclusion of a few extra colours - these appear as solid magenta in Red Alert 2's palette, as seen on the side of this tower sprite.

Unused destruction animation for the Soviet Construction Yard. The Construction Yard design is mirrored from that used in the final game, but resembles that used on the rear of the Red Alert 2 box art, indicating a leftover pre-release graphic. 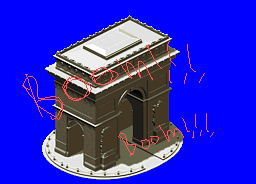 A possible test animation for destruction of the Arc de Triomphe. The model used is very different from the final version. 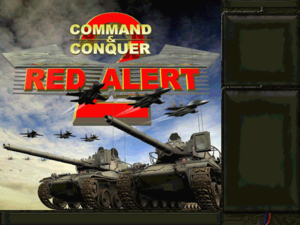 Unused background graphics for a menu. 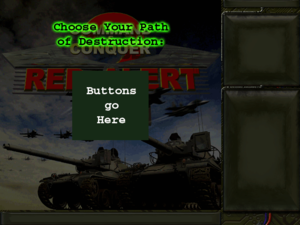 Placeholder background graphics for a menu. 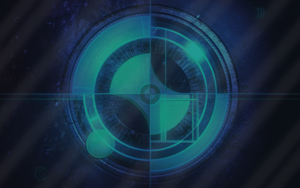 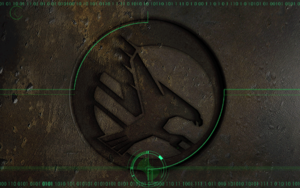 Tiny GDI icon. Most likely originates from the development of country "flags" in the Skirmish menu. GDI and Nod were adapted in the rules.ini files into the Allies and Soviets respectively. These are still referred to by their Tiberian Sun titles at certain points in the game files. 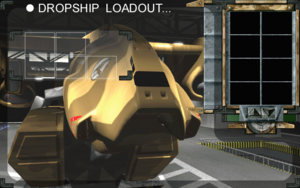 Background graphics, for an unused feature in Tiberian Sun which enabled the player to choose their own reinforcements prior to certain missions. 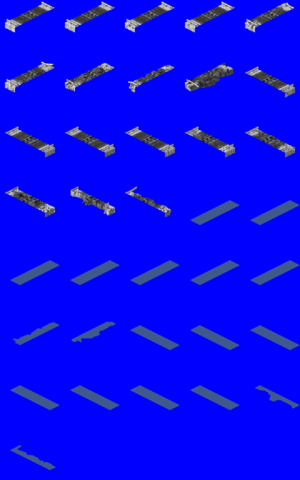 An older version of a high bridge with rail, at some point it would be possible to have rails or maybe a trains. 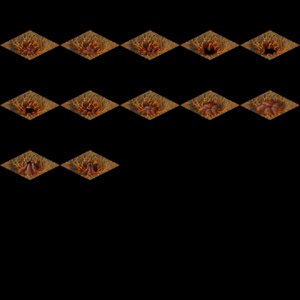 A urban version for this graphic is present in Tiberian Sun. But the urban environment doesn't exist in TS.

The Allied Missile Silo of Red Alert still lost for many years here. 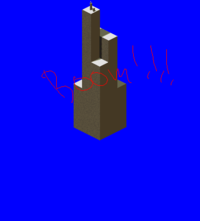 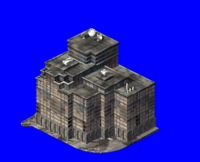 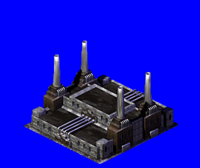 The Battersea Power Station as a game graphic. This is the structure on which the original Red Alert's (Advanced) Power Plant was based. 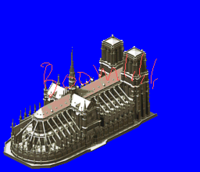 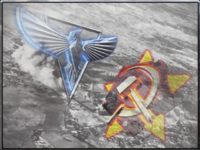 Loading screen image intended to be used for Observer players in online games. 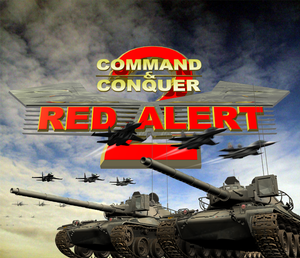 gafwll.shp: Graphics for the Nod Walls in Tiberian Sun. The Nod Wall was likely just a placeholder - "gafwll" was planned to be adapted into a France-specific wall type in Red Alert 2, but this was later abandoned.

These are all veteran icons that are programmed to appear when a spy infiltrates an enemy production building, allowing the player to directly construct veteran units. However, these units are unable to actually be promoted in the course of normal gameplay, and so the icons are never seen - the dogs are purposely set to not gain experience levels; Ivans cannot gain experience due to the programming quirks of their weapon; and both the MCVs and the Spy do not have any weaponry to allow them to even gain experience. In any case, the icons look unfinished, given the size of the text compared to the finished game's icons, and the Crazy Ivan veteran icon uses a different image to the vanilla icon.

This icon is used as a placeholder for units which do not have their own build icon, such as civilian props and mission-specific special units. It is never seen in the course of normal gameplay, unless playing on a custom map which allows the construction of these civilian or unbuildable units.

There are other unused cameos using the Tiberian Sun model used for cameo. You can see some icons early in the RA2 for GAP generator, Dolphin, Constructyard, an early version of conscript, a Soviet helicopter "Apache" which is unused and a Tesla Coil. Other cameos were used in Tiberian Sun.