An unused, slightly corrupted arcade-style copyright warning can be found at ROM address 4F838 in all three versions of the game. The readable portion of the text is as follows:

For comparison's sake, the standard message used in their arcade games (this instance taken from Asterix, version JAD):

Like other Contra titles, the European release replaced the player characters with robots in order to circumvent German laws prohibiting the sale of violent games to minors.

Due to not being a direct translation, the big red scrolling text in the intro differs slightly in content between versions.

Like in the intro, the European version replaced Bill Rizer and Lance Bean (Jimbo and Sully in the North American version) with the robots RD-008 and RC-011.

In the top-view stages, the Japanese version uses a metallic color with red outlines for its text. In the international versions it was changed to yellow.

The Japanese version lets you know that there is still a true final boss left to defeat on higher difficulty settings. The international versions don't let you see the credits and only let you hear its music, so the "Try Normal Mode" was replaced with a "Push Start Key" notice.

As the ending image montage is also displayed on Normal Mode in the Japanese version, the message is placed at the bottom of the screen. In the international versions, the only difference from Easy Mode is the scrolling starfield in the background.

Hard Mode Operation Completed
Congratulations!! Finally, you have achieved a perfect victory.
You are the real hero! Your name will eternally go down in history for many people.

Due to the localization choices of the two previous Contra games, the timestamps on the images were removed in the international versions, instead of adjusting them. Strangely, the main characters were removed on the image where they encounter the brain in the European version.

In the international versions, the team names for Arcade, Famicom, and Game Boy were updated and "Very Thanks" was changed to "Many Thanks".

In the Japanese version, the credits and ending celebration is shown in all difficulty modes with the celebration screen containing a few subtle differences depending on the difficulty. On Normal mode, there is a kid added to the crowd. And on Hard mode, a friendly version of the man-faced dog from the first stage is added.

The text was changed in the international versions.

The final score screen is only shown when the game is cleared on Hard in all three versions. The image used was changed from the two main characters in dress uniform for the Japanese and American version to a close-up of a Probotector (similar to the one used in the opening) for the European version.

There are 3 cheat codes in the Japanese version that were disabled in the international versions. Curiously, they're all references to Ryu and Ken's special move inputs from the Street Fighter series.

At the title screen, move the cursor at your desired game mode and then quickly press Down, Down+Right, Right, Start (a Hadoken command). If done correctly, you will hear the player dying sound effect.

The code will remain in effect, even after a soft reset during gameplay. To disable the effect, simply go to the Options screen and adjust the starting number of lives to anything other than 30.

Since the US version disables the code, the Game Genie code D987-AFA4 is required therein. 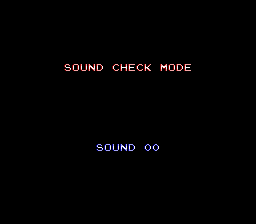 In the Japanese version, quickly press Right, Down, Down+Right, X (a Shoryuken command) at the title screen for the sound test.

Since the US version disables the code, the Game Genie code 418A-0F0D is required therein. 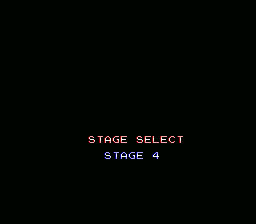 Similar to the sound test, the code required to access the level selector is only enabled in the Japanese version. Make sure the cursor is one choice above your desired game mode (e.g. choose "Options" if you want to start the game in 1-Player Mode) and then quickly press Down, Down+Left, Left, Start (a Hurricane Kick command). You will hear an alien roar if you input the code correctly.

Alternatively, you can also input the code while highlighting your desired game mode by quickly pressing Down, Down+Left, Left, Up+Left, Up, Start.

The Game Genie code D5C8-64AF is required to access it in the US version by selecting "Options" at the title screen. Press Up and Down to choose your level.