Contra ReBirth is an action game involving running and shooting at things, following the mold set by Contra III: The Alien Wars. It's part of Konami-but-really-M2's WiiWare ReBirth series, along with Castlevania: The Adventure ReBirth and Gradius ReBirth.

An apparent oversight in the European version of the game left the debug menu right out in the open. It's accessed simply by pressing the cancel and pause buttons together on the title screen. 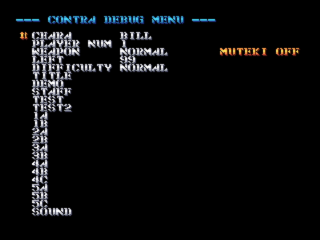 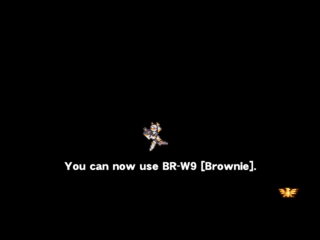 Most of the menu options are fairly self-explanatory:

This simple test map has a section of flat ground with a small bump in it (visible at the bottom of the second shot) and two rails from which for the player can hang. The wall at right cannot be jumped or otherwise passed through normal means, marking the end of the area. 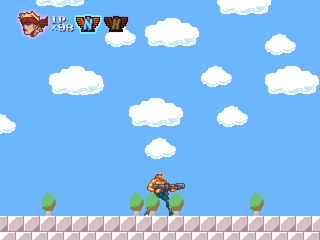 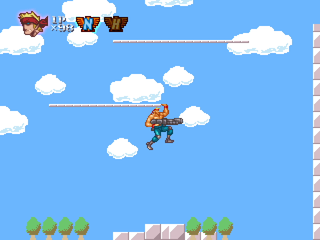