Crash Bandicoot N. Sane Trilogy is a remake of the orange marsupial's original three games that helped form the PlayStation into the brand and console it has become today. Unlike the PlayStation-exclusive originals, ports for the Switch, Xbox One, and PC were made this time around.

There are currently three known test levels, referred to as "whiterooms" in the game's files. They are accessible in the Windows version without hacking or modding, and are confirmed to be in the PS4 and Switch versions.

This level was used to test items related to the mechanic of finishing a level in Crash 2. It can be seen at the beginning of the video. To access this level, edit the launch options of the game in Steam and include this string:

This level was used to test items related to the mechanic of finishing a level in Crash 3. It can be seen at around 1:05 in the video. To access this level, edit the launch options of the game in Steam and include this string:

This level not only tests crates, but a whole bunch of other features. Not everything is functional, though. Some unused variants of crates can also be seen here. It can be seen at around 1:23 in the video. To access this level, edit the launch options of the game in Steam and include this string:

Found in the game's files under the name "C2_Cortex_Crystal_05" is this unused fully remastered version of the original cutscene that plays when you get five Power Crystals in Crash Bandicoot 2. It goes unused because you no longer use the center platform to fight bosses, as they are instead located where the old save/load area used to be.

Various other cutscenes still have that type of oversight, however, like how Cortex still says he will talk to you when you get five Power Crystals like he does in the original. This, of course, never happens.

Simply referred to as "apple" in the game's files is this unused model of, well, an apple. It's more than likely an early version of the Wumpa Fruit. 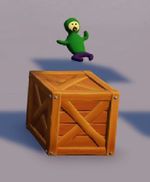 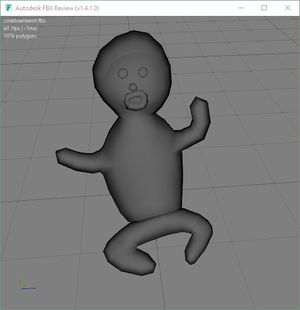 Hidden in the \models\LevelAssets\Barrens directory is this strange untextured gingerbread man-like model, internally christened costdownkevin. It appears to have been named after Activision Editorial Manager Kevin Kelly, as part of a joke among the other developers.

Interestingly enough, this object is actually used in-game, although difficult to notice. It can be seen in the level "Area 51?", being found near Fake Crash on top of a cactus. 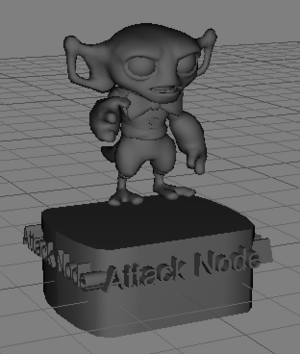 An untextured model of a Greeble from Skylanders Imaginators, atop a platform unusually labelled "attacknode". It is present in Junglerollers.pak, itself part of the \models\LevelAssets\generic directory.

The presence of this model in the files isn't quite as strange as it would initially appear, as N. Sane Trilogy was built within the same engine used for the Skylanders series.

By modifying the zoneinfo files for Makin' Waves, Tell No Tales, Ski Crazed, or Hot Coco, it is possible to replace Coco and her jet ski with one of five unused characters. They seem to be unfinished, as none of them are capable of jumping correctly and their attacks don't always have an effect on crates or enemies. 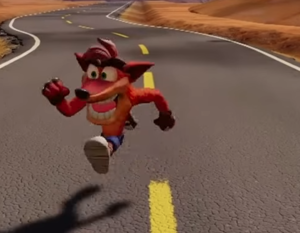 CrashBandicoot.pak contains files for a model of Crash Bandicoot as he appears in Skylanders Imaginators. He has different animations to the ones seen in Skylanders, suggesting this version was either meant to be used for real, or was simply a placeholder until Crash's final model was made. 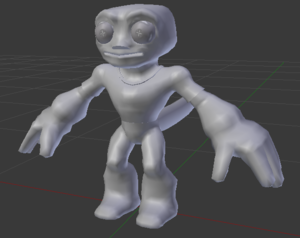 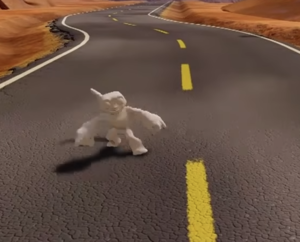 TemplateLegacy.pak contains a test character presumably used as a starting point for other playable characters. He can be seen in a very early build of the game dating back to 2015, except this version is white instead of orange. 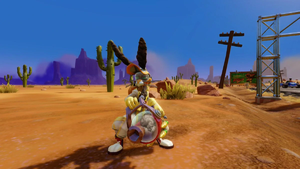 BlasterTech.pak contains a rabbit character holding some kind of vacuum gun. Its abilities include a stomp attack, shooting dust bunnies, and launching a giant carrot into the air. Clicking in the Left Stick - an input not used anywhere else in the game - activates a green shield. Alternate textures exist for a blue outfit, possibly intended for some kind of team-based multiplayer mode. 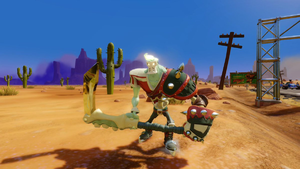 BruiserUndead.pak contains files for an undead hockey player. He has a dash attack and an unfinished ice attack which actually seems to affect certain enemies. Just like BlasterTech, alternate textures for a blue outfit exist, and a green shield can be activated by clicking in the Left Stick. 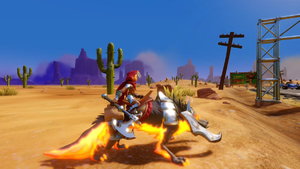 WranglerFire.pak contains files for a warrior character riding a fiery wolf. There are a few different attacks, including one where the warrior throws their axe and a charge attack which can be used to cross some pits. Again, clicking in the Left Stick activates a green shield. Alternate textures exist where the wolf and warrior are blue instead of red.

By modifying the zoneinfo files for Bye Bye Blimps, Mad Bombers, or Rings of Power, it's possible to replace the biplane with an early version of the Jet Stream from Skylanders SuperChargers, the files for which can be found in AirJet.pak.

The image has white text saying EXPLODE in the center capitalized. According to the filename, debug_explode01.tga, this is most likely a debug graphic.

A debug axis texture, named debugAxisSprite. It seems to be from the Alchemy engine and not specific to Crash.

According to the game's executable and the private depots, the project was named "Crash Bandicoot Remastered" or simply "Crash Bandicoot". The final would be mack due to the names in the filesystem and game executable.