The American release of DDRMAX contains another songlist heavily focused on original songs, even taking some from obscure releases, and also has some features from DDRMAX2.

A graphic used in a screen promoting Dancemania albums in the original Japanese release. 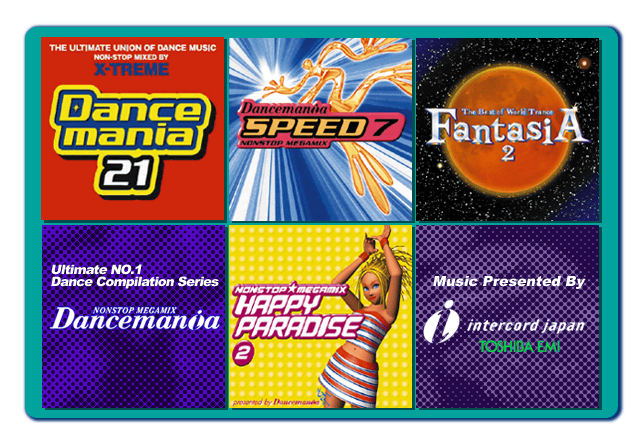 As Joint Premium is an arcade-only functionality, this graphic goes unused.

Although Oni/Challenge is a gamemode in this game, it's also the name of a difficulty. As none of the songs in this game have such charts, this graphic goes unused.

CD titles used in the original Japanese release. Notice that the darkened ones are unused even in that release. 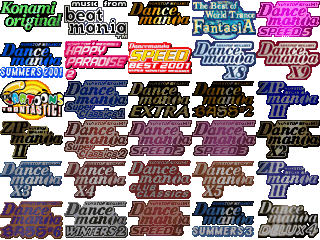 Two indicators for long songs, despite there being none in this game.

A "Freeze!" judgement, which would have likely appeared when holding a Freeze arrow.

A presumably placeholder image related to the game's Staff Roll.

This Intercord Japan logo is displayed in the Japanese release, and was left unused here.

These graphics are leftovers from the game's demo. 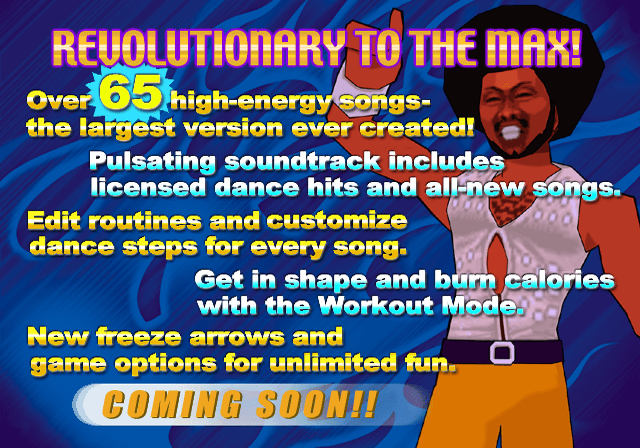 DATA/SOUND/SD.BIN, which has among its content announcer and song preview files, also has the snippet of BYE BYE BABY BALLOON only heard in the Dancemania promotion sequence in the original Japanese release.