Now with 22+ more ways to look ridiculous in front of strangers!

Five different versions of the game are known to exist, labeled on MAME as follows: 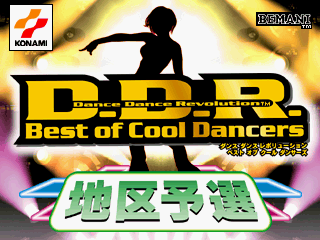 Dance Dance Revolution Best of Cool Dancers was a build of the game specifically used for a KONAMI sanctioned tournament. For each round of the tournament, there was a specific song with a set difficulty and mode.

The licenses introduced in the game's LINK VERSION revision, which are EL RITMO TROPICAL, LOVE and TUBTHUMPING, already had some level of data in the game's original release:

EL RITMO TROPICAL
Essentially complete data. Both its graphics and charts had already been finalized at this point of development.

LOVE
Essentially placeholder data. Uses the banner of TUBTHUMPING, the CD of SMOKE, and the background of IF YOU WERE HERE.
Its steps consist of 147 Up arrows, followed by a Left arrow, and then an Up+Right jump across all difficulties.

TUBTHUMPING
Partially placeholder data. While its graphics were already finished, all stepcharts are placeholders, consisting of 112 Up arrows.

Upon the filesystem extraction, there is a folder that is not referenced by any of the music database files in the directory mdb.
This folder is cpar2 and, given its name, was meant for an "Another" version of the song PARANOiA MAX(CLUB VERSION).
While such a thing would eventually appear in the PS1 and Dreamcast Club Version releases, the charts seen here are completely different from the ones in those games. In addition, there is no data for a Single Maniac chart.

Common to all of the game's versions is partial data for the song XANADU, by OLIVIA PROJECT, a song that would only make a proper appearance in the next game.
The stepcharts are placeholder data; Single Basic consists of 153 up arrows in a row, while Single Another and Maniac are duplicates of BUTTERFLY's Single Basic chart. The Double and Couple charts are also duplicates of BUTTERFLY's respective charts, save for Couple Maniac, which is a duplicate of Couple Another.
However, the most interesting part is the graphics, which are nearly completely different from those in the final 3rdMIX release. The banner is also noticeably a placeholder, and only contains a crudely written "XANAĐO" text.

Curiously, the artwork of the character as seen in the early background was reused nearly intactly in the background of the song Last Thing On My Mind, in the European Dancing Stage Internet Ranking Version release.

While a Double Maniac difficulty does not properly exist in this game, a vast majority of the songs from the game's original release contain filled chart slots for them.
Most of the time, they are the same as the songs' Double Another charts, though there are some different ones, which will be noted below:

Contains a pratically completely unique chart, which consists entirely of jumps, a concept that would not be properly implemented until 19 years later, with the Double Challenge chart of the song Youkoso Japari Park he.

PUT YOUR FAITH IN ME

An earlier version of the song's Double Another chart, which has easier patterns during the "Chorus" sections.

PUT YOUR FAITH IN ME (Jazzy Groove)

Some of the game's background animation sprite sets, found within the folder back, have sprites or sprite configurations that are never called by any song, even in the game's revisions.

atta (ATTACK)
anmar_16.cmt
An unused animation of a ripple.

taqu1_16.cmt / taqu6_16.cmt
Two unused variations for a graphic showcasing multiple squares. There are five more, which can be seen in songs such as BRILLIANT 2U and GRADIUSIC CYBER.

tascl_16.cmt
A grid of dimmed out lights.

hamo5_16.cmt / hamon_25.cmt
Unused ripple textures, meant to be used as multicolored overlays on top of other graphics.

nmb01_mm.cmt
While this file itself is not unused, being called by both TRIP MACHINE songs, only the palettes that form the hexadecimal values 1 to 5 are ever used, leaving 0, 6 and 7 unseen.

show_mm.cmt
While this file itself is also not unused, two of its palette configurations are never seen. 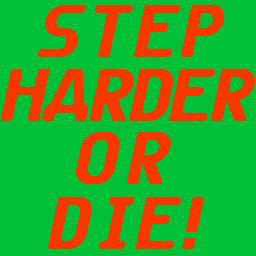 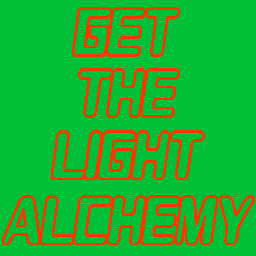 danc (DANCE)
1mdan_16.cmt
While this file itself is called by several songs, it is always completely obscured by a different graphic. 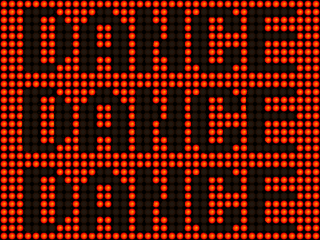 takur_16.cmt
Another grid of dimmed out lights.

mmess_mm.cmt
While this graphic itself is not unused, with some of its palette configurations being seen when an additional credit is inserted while playing alone and also during the Step Battle results screen, two go completely unused. They seem to be leftovers from the original Dance Dance Revolution.

mmozi_16.cmt
A tiny graphic with a "DANCE" text written on it three times.

Common
Found within mdb\rand are placeholder graphics for the "Random" slot in the Music Select screen.

Also, in pct256\pct256\plane\m_gauge.cmt, which contains the gameplay HUD sprites, is the dance type notations from the previous game, which go entirely unused in this release.

Another leftover from the original Dance Dance Revolution is found within all\boy.tex, the texture file used for the character KONSENTO:02. They are unused textures for a scrapped background dancer which, rather conveniently, seems to be a boy.

CLUB VERSiON/LINK VERSION
An unreferenced file at offset 0x81E000 contains an earlier version of title screen from the game's LINK VERSION upgrade.
Notable differences are the "LINK VERSION" graphic not being separate to that of the title screen, as well as a unique purple backdrop. 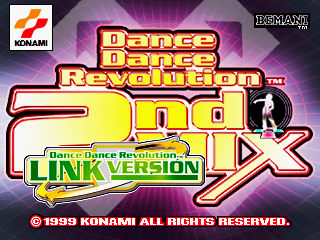 The folder sd\data, which can be found upon the filesystem extraction, contains the game's sound effect and announcer files.

A single unused audio file can be found in out_demo.vab, which also contains the sounds used in the game's attract sequence and mode selection menus. It seems to be a leftover from the original Dance Dance Revolution, as it was used in that game's intro sequence.

Leftover data from early versions of this game can be found as unreferenced files across three of this game's revisions, in varying states of completeness. The offsets take in consideration the following files:

Graphics
0x50C800 - early CD for PARANOiA MAX ~DIRTY MIX~
Can also be found unused in the Best of Cool Dancers data, in a more complete state.

0x523000 - early CD for PUT YOUR FAITH IN ME
Can also be found unused in the Best of Cool Dancers data.

0x525000 - early banner for PUT YOUR FAITH IN ME
Can also be found unused in the Best of Cool Dancers data, in a more complete state.

0x550000 - early CD for Stomp to my beat
Can also be found within the Best of Cool Dancers and CLUB VERSiON data, the latter being found at offset 0x7F7800.

0x567000 - early CD for TRIP MACHINE
Can also be found unused in the Best of Cool Dancers data.

0x5AF000 - placeholder background for STEP BATTLE songs
This image seems to be taken from a background animation graphic in the first Dance Dance Revolution game.
It can also be found within the CLUB VERSION data, at offset 0x874000. 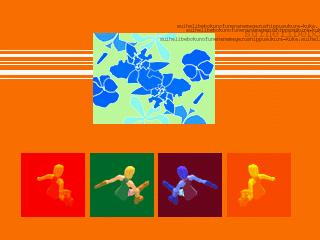 0x5C5800 - early background for Keep On Movin' (overwritten)
Can also be found unused in the Best of Cool Dancers data, in a more complete but still partially overwritten state.

Graphics
0x6EA800 - early banner for BRILLIANT 2U
Notably credits the song to a different alias. A more complete version can be found unused in the CLUB VERSiON data, at offset 0x846000.

0x6EC800 - early background for BRILLIANT 2U (overwritten)
A different background for this song can be found in the CLUB VERSION data, at offset 0x848000.

Graphics
0x7FA000 - early banner for Stomp to my beat

Charts
0x7F3000 - Stomp to my beat
Only a Single Basic chart could be properly salvaged. Despite this, it is different from the final product.

0x827E80 - EL RITMO TROPICAL
Contains different Single Another and Couple Another charts, as well as an unfinished Couple Basic chart.
The Double Another chart matches the failsafe slot found within the used stepchart file, and Double Basic matches final.
Note that the data itself does not contain BPM/offset headers, so those were added in for the conversion below.

File 1
Status: Referenced
Location: data\mdb\ddr1_mdb.bin
This file seems to be from during the development of the Internet Ranking version of the first game. The difficulties of the Single Maniac and Single Trick charts seem to have been swapped.

File 2
Status: Unreferenced
Offset: 0x4808DD of GC892JAA.DAT
In the raw data, this file is found immediately after the first one ends. It is very incomplete and lacks difficulty data for the Single Maniac charts. Possibly from very early in 2ndMIX's development.

File 3
Status: Referenced
Location: data\mdb\ddr2_mdb.bin
This file is much closer to the final 2ndMIX's. However, some songs are labeled slightly differently, and there's no entries for the three Step Battle songs. Only the relevant entries are listed below:

Within the CLUB VERSiON revision's data is a file containing an early version of the game's songlist code, labeled as data\mdb\lk_mdb.bin in the filesystem.
Note that "LK" is the abbreviation used for the game's LINK VERSION revision, so it was perhaps meant for an earlier version of that. All relevant entries are listed below: