A direct port of the arcade version, unlike the radically-different "port" released in the West a year after this one. It also boasts of having one of the largest set of songs in any DDR console ports; a whopping 111 of them, to be precise, and even more so if you utilize System Data Support to unlock the songs from both 6thMIX and 7thMIX.

The question is, of course, "Why do you need KONAMI ORIGINAL songs?"

Some songs have incomplete Oni charts that can be accessed if the song's songwheel data definition is modified to include an Oni difficulty/foot rating. Songs that include such charts include LOVE❤SHINE and Last Message.

There are pieces of unused audio found in DATA/SOUND/SD.BIN, and in DATA/FILEDATA.BIN on the game's disc.

A segment of the song BYE BYE BABY BALLOON, used in the Dancemania logo sequence in DDRMAX.

The menu music from DDRMAX.

The opening track from the original Dance Dance Revolution.

The "How To Play" track from Dance Dance Revolution 2ndMIX.

The preview track for the song A MINUTE (Extended Mix), which never made a proper appearance in a console release.

The preview track for the song IT'S RAINING MEN (Almighty Mix), which never made a proper appearance in a console release at the time.

The preview track for the song MORE THAN I NEEDED TO KNOW, which never made a proper appearance in a console release.

The preview track for the song SENORITA (Speedy Mix), which never made a proper appearance in a console release.

The preview track for the song THERE YOU'LL BE, which never made a proper appearance in a console release at the time.

Various unused graphics can be found in DATA/FILEDATA.BIN on the game's disc.

A "Joint Premium" graphic, leftover from the original arcade release.

A graphic leftovered from the arcade release, in which are displayed edits saved in the machine's flash memory.

Another leftover from the arcade release, showcasing many icons relating to memory card functionalities. 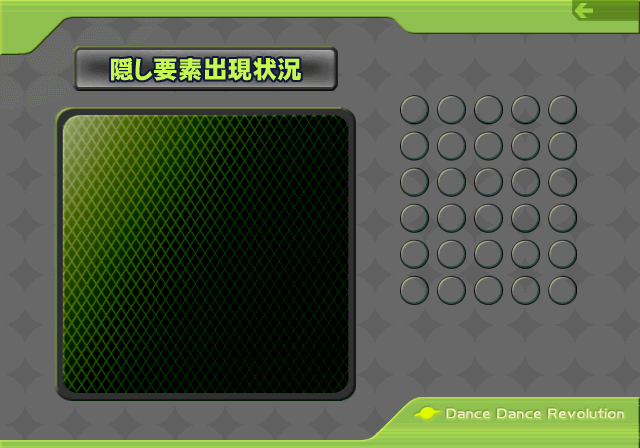 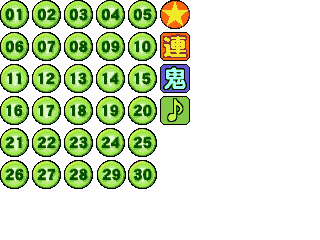 These images are reminiscent of a screen showcasing current unlocks in the original arcade release.

The unused "Freeze" judgment makes another appearance in this installment.

Help text from Edit Mode indicating the PS2 HDD could have been used to store edit data.

The game has a secret screen to view the different routines for all the dancing characters. To access it, do the following:


The following screens are then used with the P1 controller.