The Genesis Darius is a fan port that was later licensed by Sega and included with the Sega Genesis Mini. Did I mention that it's a brand-new Genesis game in 2019?

In the Options menu, there are three cheat codes that open up various testing screens. 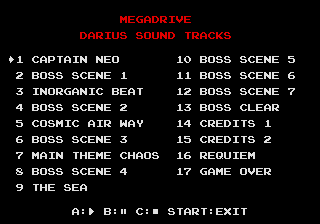 Pressing Up, Up, Down, Down, Up, Up, Down, Down will bring up a sound test screen, which plays the game's soundtrack. Interestingly, it automatically switches between tracks like a music player rather than playing the same song on loop, as most sound test menus do. It also plays the title jingle when you access it. 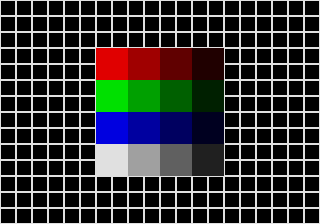 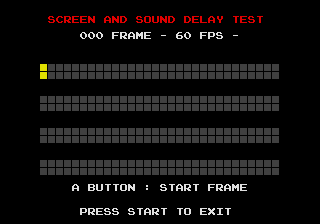 Present in the memo field of the ROM header:

"Hideki.K" refers to Hideki Konishi, a hobbyist programmer who had been working on this port prior to Sega picking it up for official release.