Dash Galaxy in the Alien Asylum 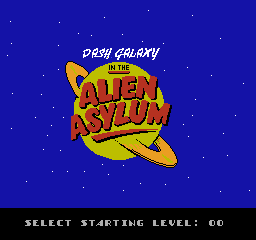 To access the level select, press Up + Left + B + Select. 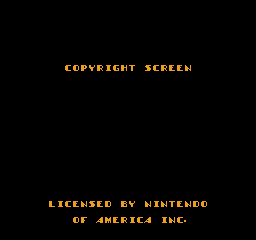 The Game Genie codes XOOOSKNO + VEOOUKLZ will replace the normal copyright screen with this rather plain placeholder screen.

There is a hidden version string inside the ROM at 0x7FC5:

To see this message, you have to push at least 20 movable blocks into the elevator shaft. You can do this on any floor, and continue to do so even if you lose a life. The following message will appear after you push the last block into the shaft:

Jamie is Jamie Rivett, and Graeme is Graeme Scott. Both were programmers at Beam Software at the time.

The introduction scene music gets cut off at eight seconds.