Deadly Towers is an excruciatingly painful exercise in tedium by Tamtex and Lenar.

Several debugging tools can be activated via the Family BASIC keyboard. Hold A + B on Controller 1 along with one of the following keys, then reset the console:

Press Start or Select during any of the tests to proceed to the password screen, or any direction on the D-Pad to reset to the title screen. 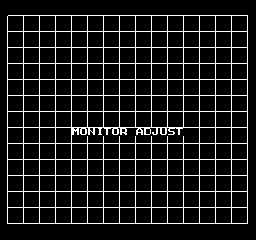 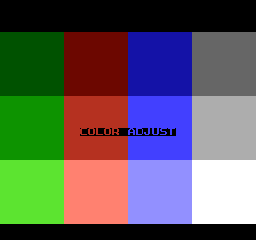 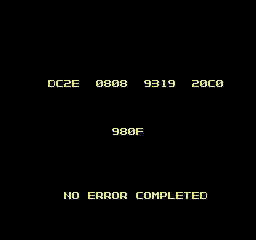 Calculates some checksums, then displays "NO ERROR COMPLETED". 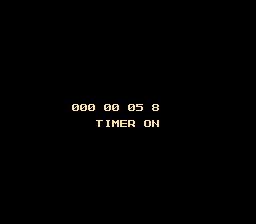 Displays a simple timer. Press A to start the timer, A again to reset it to zero, or B to stop it. 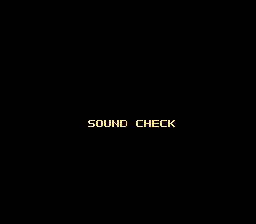 You might think there's a sound test here, but sadly that is not the case: the code simply writes the string "SOUND CHECK" to the screen and goes into an infinite loop.

Tests the game's CHR RAM by filling it with a single value and reading it back, and then displays either a green (pass) or red (fail) screen. For some reason, the test was originally intended to alternate between writing $5A and $A5, but it seems to have been altered to only write $00.

Continually resets the game (via an indirect JMP to the RESET vector at $FFFC) until you release the buttons. May have had another function at some point in time.

At 0x1E01F (US) or 0x1E1C3 (Japan), there's a secret message from the developers. For whatever reason, the Japanese version ends with two extra exclamation marks and has an extra space before "GOOD BYE".

An odd bit of text is at 0x1E1B0 in the Japanese version, after the line "PEACE WILL PROSPER IN FUTURE". Its location suggests it was supposed to appear somewhere in the ending.

The list of room names was cleaned up for the American release.

The ending message was changed slightly in the US version to correct a grammatical error.