Dementium: The Ward is a survival horror first-person shooter game developed by Renegade Kid for the Nintendo DS.

A few unused levels can be loaded if you mess around with theWard.ini file.

A unused corridor on the seventh eastern floor that has a door with a code lock, and there's also a small guard room with a shotgun in the gun cabinet. The code lock on the wall is inactive, the passage behind of the only active door is barricaded, which means that developers were planning to make the 7th floor much more complex.

Attempting to load the map will crash the game.

Attempting to load the map will crash the game. 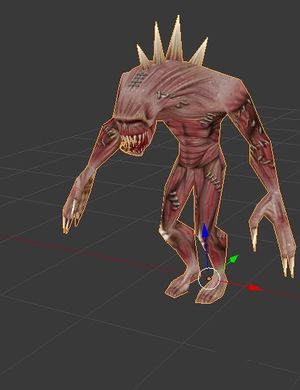 An impressive looking monster, which was supposed to climb walls, crawl on ceilings, and eviscerate to get its meal. He was planned for The Ward from the very beginning, and even presented in the very first teaser trailer, but was cut from the final version. His model is still present in the game files, but it seems that he doesn't have any animations.

Mummy-like bandaged corpses which were replaced on Chest Maw in midway of development, as they were deemed "Not scary enough". They were shown in many prerelease screenshots.

This enemy can be partially restored in the game by replacing some strings in the arm9.bin executable, however his AI is broken and because of that he's not able to attack you. 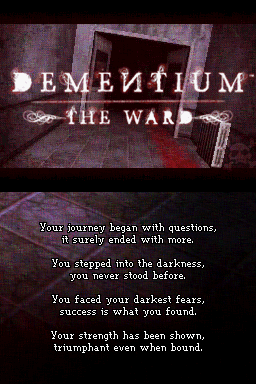 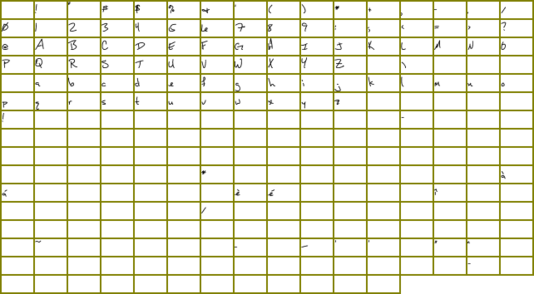 This font was used in an early UI that was shown in prerelease screenshots:

A lot of functions in the game are managed by .ini files, the TheWard.ini has a unused function wich allows you to skip the intro.