In March 2020, developer Dave Ashley released the source code to 3-D Ultra Pinball: Thrillride. It can be downloaded here.

A Dynamix logo that was meant to appear during the opening logos, but doesn't.

A Nintendo logo, also meant to appear during the opening logos. 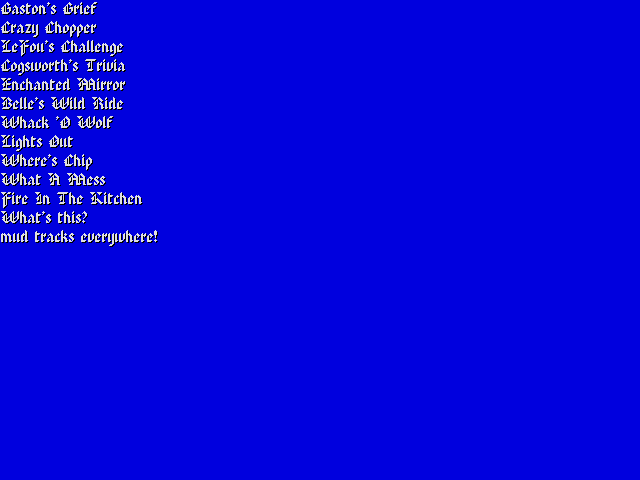 What appears to be early titles of the minigames in Disney's Beauty and the Beast: A Board Game Adventure, another Left Field Productions game. Of note is that neither this image nor its text are present in that game's source code.