These maps were retrieved from a backup image of one of id's NeXT development servers by an anonymous source. The maps themselves were not released, just captures of them loaded in Doom Builder. 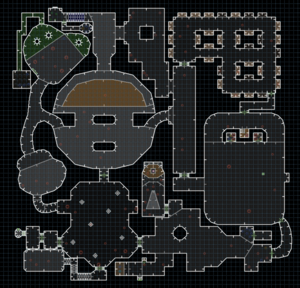 The map that would become Level 10: Refueling Base. Some small additions and changes have been made since the Doom 0.5 alpha. 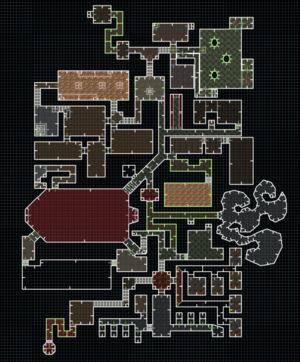 This map contains many of the rooms from Level 28: The Spirit World, but its layout is almost entirely differentǃ A bunch of simple, boxy corridors and rooms would be dropped from the final layout, and the cavernous section enlarged, with nearly everything else shifted around. 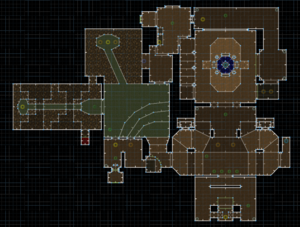 American McGee's id Map01 — a deathmatch map that was released standalone. There are no noticeable changes to the geometry of things, but it's named MAP35.WAD, hinting that it may have been intended for release with the game proper.

It might be worth noting that Heretic included a hidden conversion of this deathmatch map as E4M1 (which was moved to E6M3 in the Shadow of the Serpent Riders expansion) that is only accessible with the change level cheat and command-line parameter. Perhaps something similar was planned for Doom II? 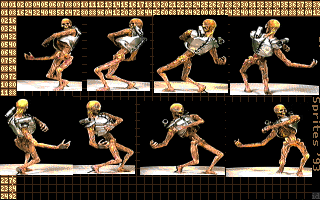 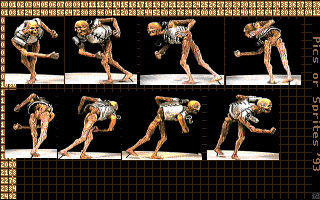 Captures of the Revenant's punching animation. 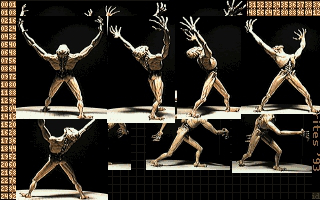 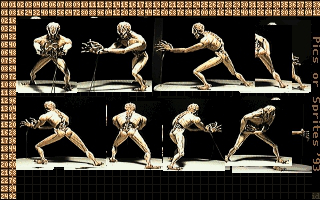 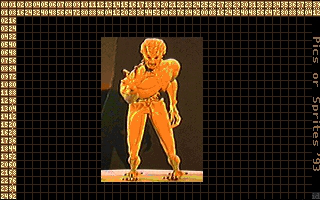 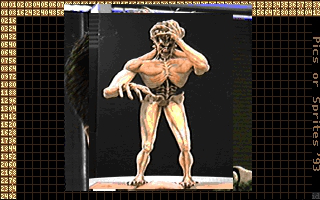 Large Arch-Vile captures, before being rescaled. 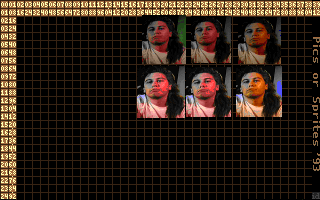 A photo of John Romero, with six different conversions into the game's palette. This would be edited into the normally unseen sprite used for the killable part of the final boss. 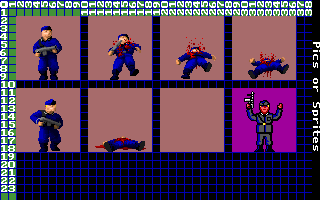 The SS's death animation contains a sprite from the undeveloped EGA version of Wolfenstein 3D.

Various spritesheets for the Chaingunner, which include eight directional sprites. 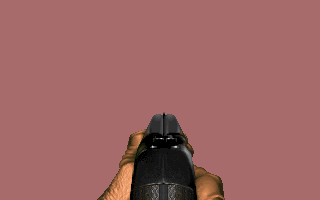 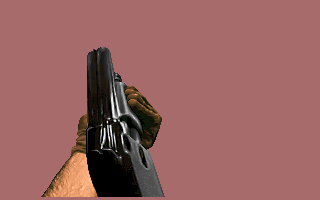 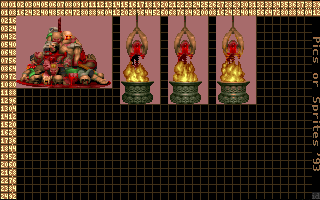 Unused gore decorations: A huge pile of marine bodies and skulls around a stake, and an eviscerated corpse hanging over a fire pit. 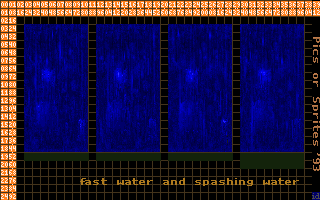 Waterfall patches for an animated texture. The code to animate these is present in the executable.