This page details development materials of Doubutsu no Mori.

On July 25, 2020, a huge amount of source material was leaked. A few of the leftovers have traces to when the game was still in its RPG phase.

Many unused and earlier inventory icons were found in the leak of the unreleased iQue files for Doubutsu no Mori. None of them exist in any released version of the game.

Wisp was planned for Doubutsu no Mori, but like many other special characters such as Blathers, he was scrapped. The design was later changed in the GameCube versions.

An early texture of Blathers' face. The design looks a lot more akin to Celeste than his current appearances. 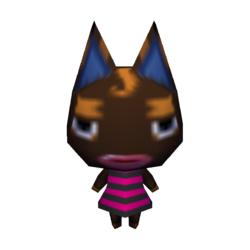 An unused texture for a cat villager is also present in development files. This villager uses the ID CAT13; all data was seemingly scrapped for the villager except the texture. Due to the original intention that villagers would not change clothes, the models still have clothes on them; CAT13 appears to be wearing a Beatnik Shirt. Due to Doubutsu no Mori e+ effectively supporting custom villagers through its e-Reader functionality, CAT13 (who has been nicknamed "Catty") can be imported into the game, providing the model seen above. (Note initial attempts to port CAT13 when she was discovered are incomplete, with only the face textures fully implemented; the above uses all textures.)

In Animal Crossing, the ID CAT13 (or CATD in hex) was given to Ankha. This is not to be confused with the system used by all games from Animal Crossing: Wild World onward to identify villagers, in which cat13 designates Stinky, who was CAT8 in Doubutsu no Mori and its later versions.

The villager with ID BEA3 (a bear villager) has no presence at all in any data, with their entire folder deleted. This ID was not reused in Animal Crossing.

Several unused models of characters that do not show up in the game can be found in internal development data. What's notable about these is that they are all human characters, likely originating from the development period in which the game was a dungeon crawling RPG. Aside from the player, no other humans are found physically in the final game. 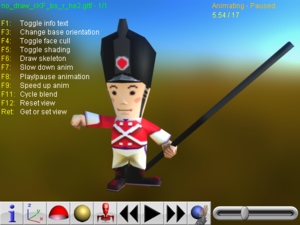 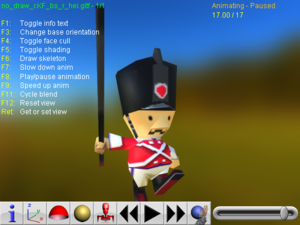 Two soldiers, each fittingly referred to as Soldier1 and Soldier2 respectively. They were likely repurposed into Copper and Booker in the final game, who would reuse the British redcoat motif in Wild World and City Folk (with some modifications).

Found among the source code is a screenshot of the original title screen used during the Spaceworld 2000 presentation, being very different from the final version.

Found within internal assets is this string of unused text. 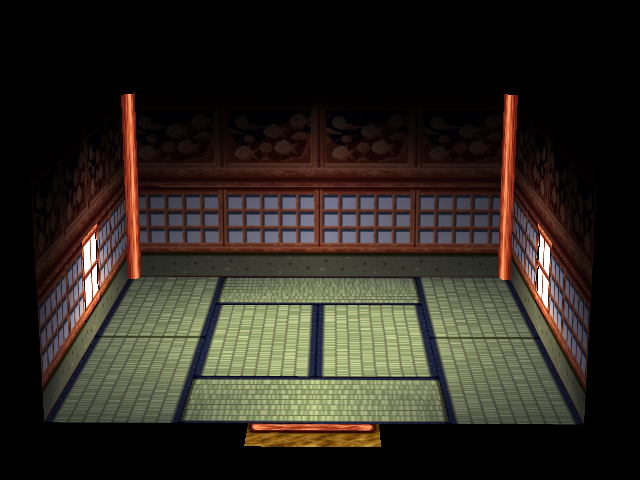 What appears to be a test room of sorts, featuring an early version of the tatami floor (lacking the wooden border) and a wallpaper that doesn't appear in the final game. 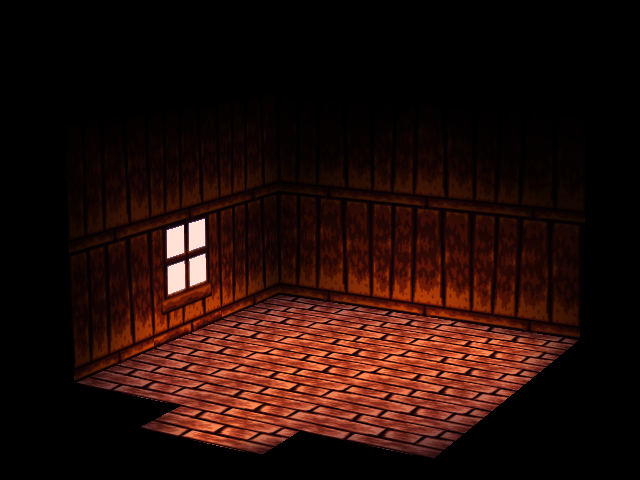 Present in the internal assets for the game are references to several NES games that do not appear anywhere in the final. These include Arkanoid, F1 Circus, and, bizarrely, what appears to be Hummer Team's unlicensed port of Tekken 2. Several other games by Jaleco, Namco, and Taito are also mentioned throughout.