From The Cutting Room Floor
< Development:Pokémon Red and Blue
Jump to navigation Jump to search
This page contains changes which are not marked for translation.

This is a sub-page of Development:Pokémon Red and Blue.

Various bits of code could be found within the leaked data, with their corresponding effects documented below.

The following map scripts have data which was commented-out. In the case of NPCs, this information can be found right above the used data. 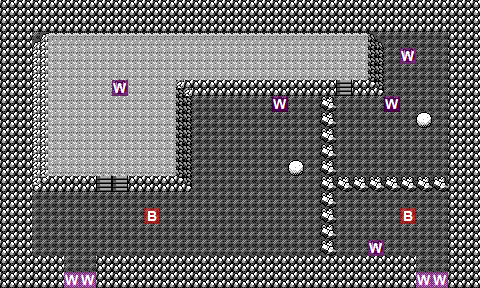 An unused bit of code, which is set by function "SetPal_Overworld" (pret naming). When enabled, and as long as the player is in an area set in Celadon City, the screen will be divided in four vertical sections, each being assigned to display a different palette. This was likely to reflect the Rainbow Badge given by Celadon City's gym leader.

Within D_ACTION.DMG, Trainer AI code exists for the unused Prof. Oak and Chief trainer classes, as well as the class for the "Jacky" class. The equivalent code for the pokered disassembly as of this writing, revision 5d99572, is as follows: