Doshin the Giant is an interesting island sim game, a sequel to an obscure 64DD game where the player controls a giant on an island. The game switches between Doshin being sweet and helpful to Jashin being evil and demonic. It was not released in the US, but was released in Europe.

A photo of a child, which is likely a placeholder graphic.

Unless noted otherwise, all the codes shown below are for the PAL version and require an Action Replay device. Make sure to only enable one of these codes at a time.

Shows what is going on in the game. 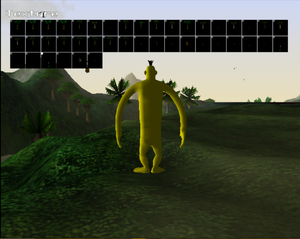 Displays every frame of objects on screen (non-Doshin. Trees, birds, Humans, etc.) Every time the corner box flashes, it's a new frame. 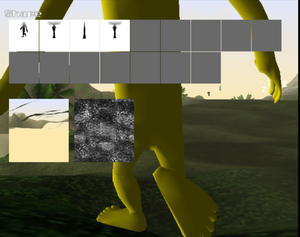 Shows the shape of objects on screen. This applies to Doshin, trees, and the like. It changes as Doshin moves, while also showing a bottom view of the land he walks on, and the ocean.

Show a number of stats for the game system's current state. 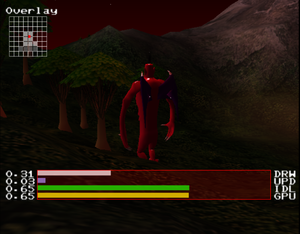 Displays draw distance, how much of the GPU is being used, and a couple of other stats, with a crude map of sorts appearing in the top left. 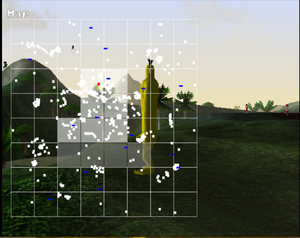 Shows a blown-up version of the map from Overlay, with all current entities appearing. The yellow and red dots are Doshin and the camera.

As one would expect, this shows a wide variety of statistics for the game itself.