Dragon Quest IX is notable for having initially been developed as an action-RPG, only to be completely reworked into a turn-based RPG after massive fan backlash.

Stored on 3D models, these seem to be graphics meant for testing transparency and fade-outs on 3D animations, judging on their name ("3dalphatest" and "xfade").

By using Action Replay codes (12000EC8 00001001 12000EF0 00001000 for the European version), you can access a debug menu on start-up. It has an option for accessing a debug room that was removed from overseas versions (but with the name NineWH for the character name) and an NPC/Enemy viewer (see here for more), with some non-functional save data management options. 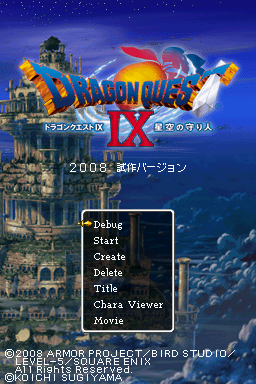 It uses the Japanese title graphics. It also has a 2008 copyright, which may be a leftover from the action-RPG period of development. 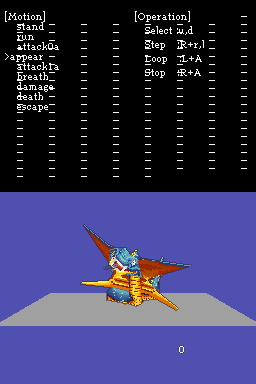 Main Menu
In the Debug menu there is an option to view all 3D models and animations, similar to the in-game battled enemies list.

An unused variant of the Sacksquatch, using the number 60c (the standard one is 60a) and an otherwise-unused model that may resemble a pillow.

Using a save editor, you can get two unused items. Their names are translated for European languages.

There's also some unused equipment which have their names blanked out.

Via a save editor, one can access some rooms meant for testing:

In the international versions, these rooms lead to a pitch-black unnamed room except for the Encounter Test pictured below (from the French version), which has odd textures but is otherwise featureless. 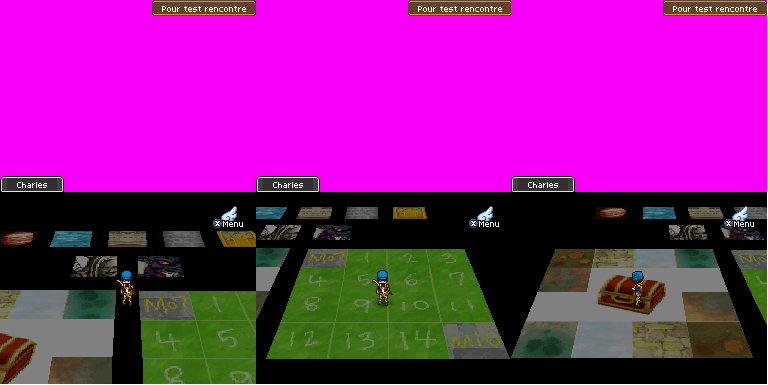