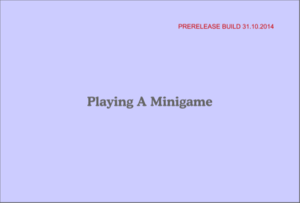 Sprite ID: 2091 In dumbways.swf In the game as 'DummyMinigameClip' there is a dummy minigame, most likely used for testing. In the center it says "Playing a Minigame", and on the top right corner (In bright red text) it says "PRERELEASE BUILD 31.10.2014" (31 October 2014). 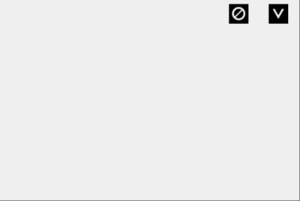 Sprite ID: 3976 In dumbways.swf is A sprite labeled 'DebugClip' is used for a disabled debug mode. The debug mode can be enabled but since this is a game from the Windows Store, there is no actual way to see how it works.

The music track used in the Wheel of Misfourtune (Sound ID: 3991 In dumbways.swf) is actually longer than what you can normally hear. The music ends after about four seconds, which prevents you from hearing the full 22-second loop. You can hear it in the iOS version by double-clicking the home button when the music is on.

Sprite ID: 751 In dumbways.swf Is A button used for testing. found offscreen in the title screen (Sprite ID: 752) 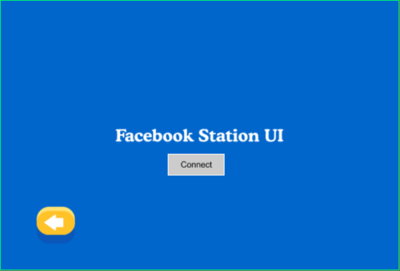 There is an unused station in the game called "Facebook Station UI" with a button below saying "Connect" (similar to the testing button above) with a back button on a blue background. It lets players connect to Facebook and challenge their friends and mentions 'Kids Mode', both leftovers from the mobile versions. 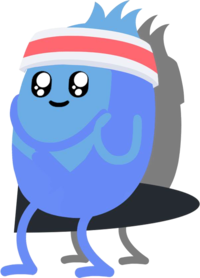 Shape ID: 10890 Image ID: 10889 In dumbways.swf Is an image of Loopy off-screen for the Medieval Potion minigame winning animation (Sprite ID: 10960), may have been a reference image from one of the artists.

Image ID: 9626 offscreen In Shape: 9627 In dumbways.swf Is An unused, JPEG-y picture of Zany climbing can be found off-screen of the failure animation (Sprite ID: 9715) for the Medieval Climbing minigame. 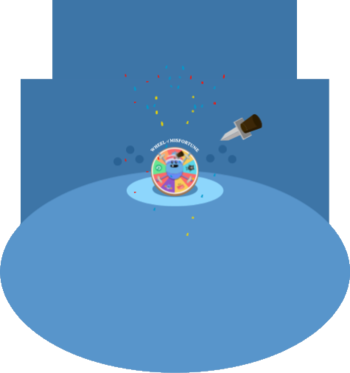 The Wheel of Misfortune room (Sprite ID: 440 In dumbways.swf) is considerably larger than what can actually be seen. The wall is made up of two squares, and the floor is one big circle, the knife can also be seen floating in the air, ready to be thrown.

The right side of the map (Map File Name: map.swf) was extended to include the new buildings.

Also, the Adrenaland building (Sprite ID: 316 In map.swf) was moved closer to the sign.