Dying Light 2 Stay Human is a open world parkour horror game where you can climb virtually everywhere while avoiding zombies of various shapes and sizes. It is a sequel to Dying Light. Taking place 15 years after almost all of the world' population have turned or died, you play as Aiden who arrives in the city of Villedor to look for his sister.

A very early version of an airship. It has no textures and ropes you can swing on at the bottom. It was supposed to fly around the VNC Tower, but for whatever reason it was cut. 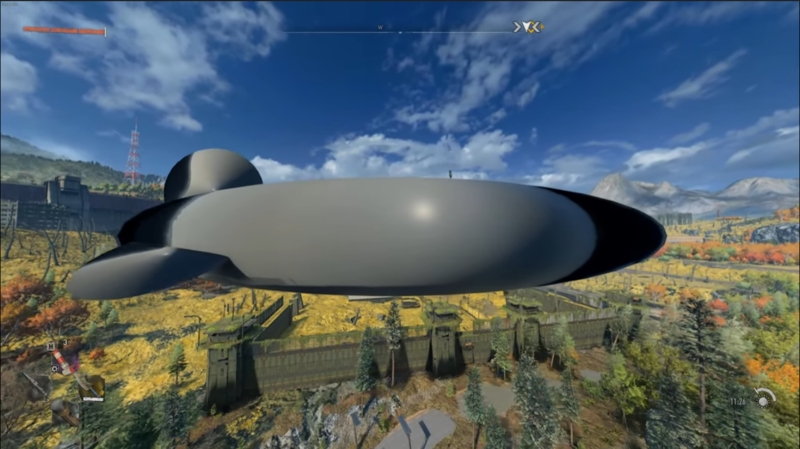 There's also another version of the airship. This one seems to have crashed or was destroyed, judging by the misplaced fires. It also has the infected ground texture on top of it for unknown reasons. 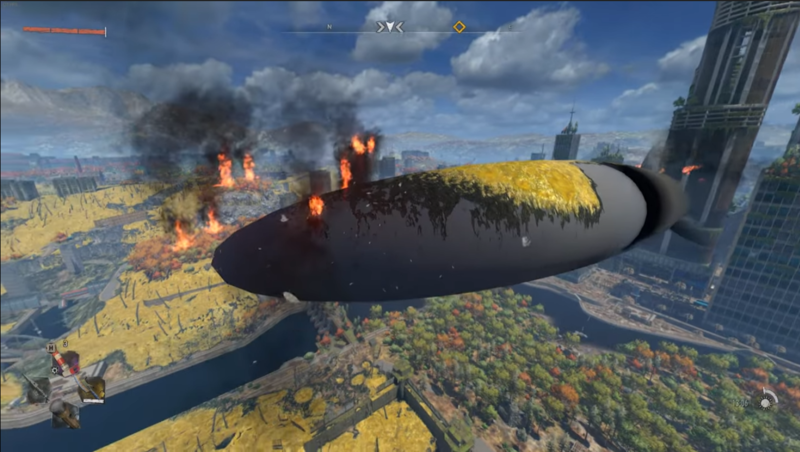 During some parts of the story, Aiden will temporarily lose control of himself and essentially turn into a volatile, making him invincible and able to kill any enemy in one hit. However, you can never access this state outside of scripted events. In the files there exist code suggesting that if your immunity level is too low or has run out, you could have turned into this state for a limited time or until you entered a UV Area. However, in the final version, if your immunity runs out, you simply die. This action can be restored with mods.

There are several traps in the game relating to the Peacekeepers. When activated, the trap would drop and crush any infected or NPC standing underneath it. 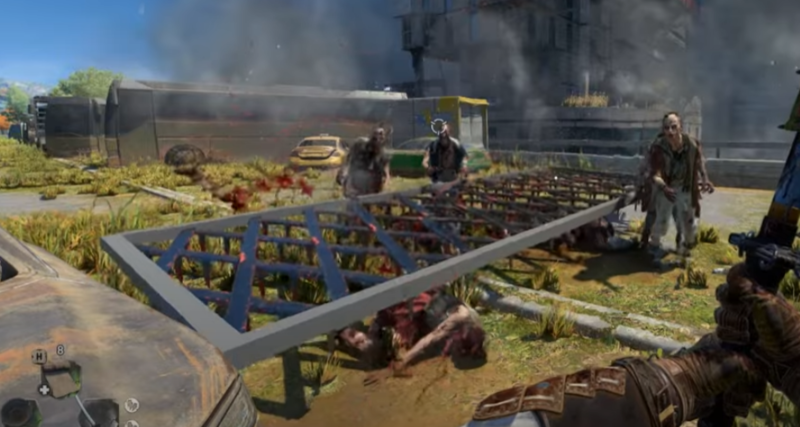 On certain walls and windows, you were able to set up barricades. This feature was removed for unknown reasons. It can be restored using mods, though it's in a rather buggy state.

The Scorpio (or Harpoon Gun) is an Opportunity Melee weapon that also acts as a harpoon gun. It was only seen in the E3 Demo and never made it into the final game. It can be restored by mods however. It would have required bolts, and couldn't be stored in the inventory. 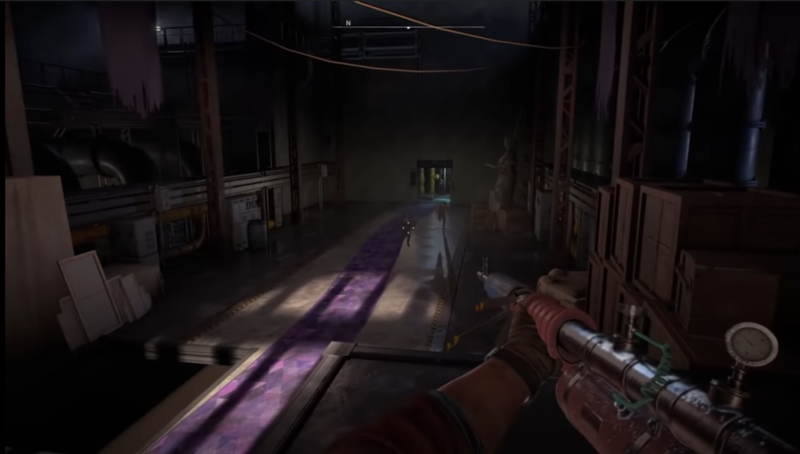 Infected Hives were supposed to be a hive full of infected that, if destroyed, would have made less infected appear. These seem to work similarly to the Volatile Hives from Dying Light: The Following. A hint about them is still in the files. Its text reads:

The German version of Dying Light 2 was censored in various ways:

Techland stated that they had to make these changes because Germany's local rating agency USK only allowed for the game to be released with an 18+ rating after a long amount of persuasion and if Techland had implemented the changes.