This is a sub-page of EarthBound. 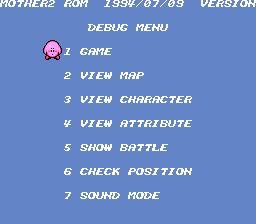 The Boot-Up Debug Menu is much easier to navigate than that other one, plus the text is actually readable! Use these Game Genie codes:

Upon booting up the game, you will be brought to the debug menu. The cursor for each of the menu's options, strangely enough, is a simple Kirby sprite based on the one from Kirby's Dream Course, another game by HAL (Kirby Bowl was released a month after Mother 2). At the top of the screen in both versions of the game is the text "MOTHER 2 ROM 1994/07/09 VERSION".

The different controls for various parts of the debug menu are:

While many of the drawbacks related to freezes can be remedied, it appears nothing can be done about the constantly shifting foreground graphical layer in the overworld modes.

This exits the debug menu and starts the game like normal. 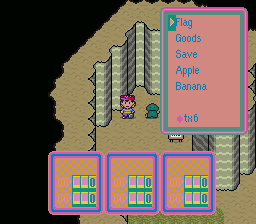 First thing seen when View Map is selected, along with the debug menu opened. Note the broken menu palette.

When you initially select this (or any other field debug option), you'll start in Tenda Village next to the trading shop guy (this location being very close to the 0,0 coordinates). Immediately move to the small cave where you wake up after using the Inn; you'll notice the Tenda Village music start to play. During the time you travel to the cave, DO NOT OPEN THE IN-GAME DEBUG MENU OR NORMAL MENU, otherwise the game will freeze. Only after you've entered the cave can the menus be operated safely. If you leave for another area via the debug menu before entering the cave, all buttons will be locked and the game will freeze if you try to enter another area. 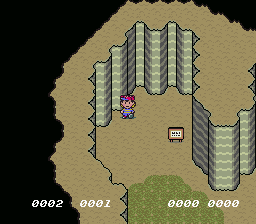 First thing seen when View Character is selected. Note the coordinates at the bottom of the screen.

All NPCs and objects are disabled.

Although, oddly, this is the only event where enemies will appear. After battle, a Lardna sprite will appear in the corner and indicate monster movement(?). This sort of makes sense, considering Lardna is more or less the Bag Lady from the first game. When a battle is started, more numbers appear below the normal ones to indicate something, but it's not certain what. 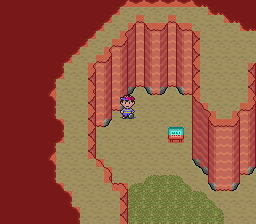 First thing seen when View Attribute is selected, along with the "Show collision maps" function enabled.

A clone of View Map, the only difference being that the menu is transparent. Plus, you can press Select to display several testing modes:

Occasionally, a bright overlay will cover the screen and make things nearly unviewable.

To avoid all crashes related to uninitialized data for this option, it is recommended to enter VIEW MAP as soon as you enter the boot-up debug menu and then press Start + Select.

When in the actual battle proper, another debug option can be used: press Select and you can choose any item to add to your party's inventory. 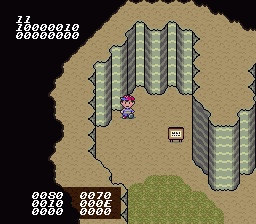 A much more detailed version of View Character. 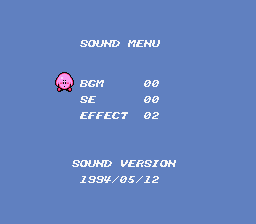 Retrieved from "https://tcrf.net/index.php?title=EarthBound/Boot-Up_Debug_Menu&oldid=861564"
Categories:
Cleanup > To do
Subpages