Ed, Edd n Eddy: The Mis-Edventures was the Eds' jump into 3D. The results are awkward, to say the least. 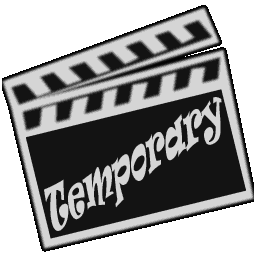 There is a texture present in GLOBAL.PS2 of a clapperboard with "Temporary" written in the middle. Considering how it is named cutplaceholderpic in the archive, it was probably used as a placeholder for cutscenes.

The PlayStation 2 version has several unused videos in the MOVIES folder not found in the other versions.

A 3D version of the show's intro. It was probably left unused for the better, considering the faces they make at the end.

An unused opening logo for Artificial Mind and Movement.

MUTEMP.INT is the song Go Daddy O by Big Bad Voodoo Daddy. It was most likely a placeholder.

AMHUB01.INT is an unused ambient track meant for the De-Cul-De-Sack.

Like many PlayStation 2 games, there is a dummy file present on the disc. However, the first 1024mb of an October 2002 master disc image to The Suffering was used instead of just empty space. The only surviving fragments of the build are the file listing and ironically enough the game's dummy file.

Engine.ini is a leftover engine settings list. It doesn't seem to be checked at run-time; rather, its contents were compiled into the executable. It's used in the Windows port though.