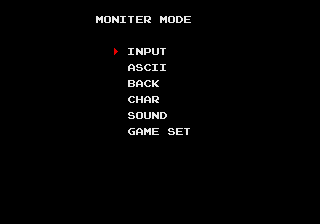 A debug screen is still present, but only partially working. To access it, hold A + B on the second controller while the title screen turns into the character select screen after pressing Start to begin. You will be greeted with a menu instead. The only options that actually do anything are:

Press Start to select an option. All other options will merely return you to this menu. 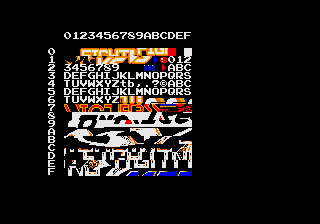 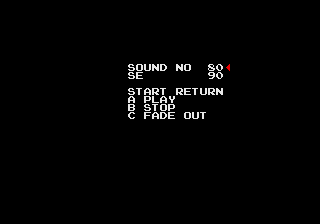 Several of the characters were renamed.

The backstory was completely redone for the US version. Note that the lowercase text is flashing uppercase text in the Japanese version.

This also affects the ending.

At the end, it says "congratulations BATTLE IS COMPLETED" in the Japanese version, while the US version just has "YOU ARE VICTORIOUS."

Naturally, the credits also include those who worked on the localization.