From The Cutting Room Floor
Jump to navigation Jump to search
This page is a translated version of the page Final Fantasy III (NES) and the translation is 21% complete.
Other languages:
English • ‎italiano • ‎português do Brasil • ‎日本語 • ‎한국어

Final Fantasy III is, of course, the third game in the Final Fantasy series. Unfortunately, it didn't get released in America until the Nintendo DS era – the SNES III was a renumbered Final Fantasy VI, and Square skipped it while rereleasing the series on PlayStation (the three compilations were I and II; V and VI; and IV and Chrono Trigger) - III's omission is supposedly due to the loss of the original source code.

For many years, this entry of the series was something of a lost game, even in Japan. The planned WonderSwan Color port was scrapped due to the loss of the original source code and consequently it ended up being the only Final Fantasy game from the original Famicom trilogy that was not ported to the PlayStation nor Game Boy Advance. It would eventually get a 3D remake for the Nintendo DS, which is the version that made it to the rest of the world. 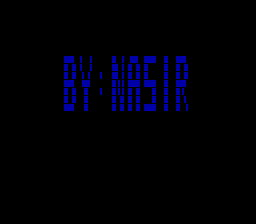 A battle item that casts Silence on a single target. It can only be obtained through a glitch.

A battle item that casts Flare on a single target. It can only be obtained through a glitch.

A harp with 0 attack power, 60% hit rate, and can cause sleep. Can be equipped by bards and ninjas. It can't be found, stolen, bought, or won from enemies, but it can be obtained through a glitch. It ended up being used in the DS remake.

Level 34 with 315 HP, gives 410 XP and 800 Gil. Doesn't have any spells or elemental affinities, and it doesn't have any items to drop or steal. Has an alternate palette for some reason. Seems like there were supposed to be goblin enemies on the surface overworld, judging from its stats.

Its HP places it around the final areas of the game, maybe the Ancient's Maze or as part of formations in the Crystal Tower, though given its relatively low level it could have appeared as a powerful enemy earlier on, which is also supported by its relatively high Gil drop. Either way, the dummied-out status of this and the Captain means that at some point they decided to make Goblins exist only on the Floating Continent.

Level 35 with 330 HP. Gives 960 XP and 440 Gil. Weak to Ice and Wind, and can cast Fire. Can steal Potions from it. Definitely the most complete of the dummied enemies. Stats place it somewhere on the surface world as a random encounter, or perhaps earlier as a boss.

Level 30 with 265 HP, gives 560 XP and 310 Gil. Can steal Potions. Has no special abilities or elemental affinities. Apparently, this enemy was listed in Japanese guides. This enemy had its stats boosted and ended up used in the DS remake, as a random encounter in the Goldor's Mansion room with the Gold Swords!

Level 11 with 120 HP, gives 152 XP and 102 Gil. Steal potions, no abilities or elemental affinities, the usual. She was also put in the DS remake, as a random encounter in the first floor of Tower of Owen.

This enemy does not appear in the ROM data itself, but it does appear in the official japanese Famicom strategy guide book, complete with stats, showing that the enemy was a very late removal and still existed in the game at the time that the guide book was written.

However, this enemy did make its way into the DS version, appearing on the water in the northern part of the Floating Continent.