This is a sub-page of Final Fantasy XIV Online: A Realm Reborn (Windows).

The first expansion for the hugely popular Final Fantasy XIV, where you travel to the skies to battle dragons and be involved in never ending quest chains involving Moogles.

There's quite a chunk of battle lines that go unused, mainly for the Heaven's Ward themselves. While these were unused in the Heavensward expansion, most of these were used for the first time in the Dragonsong's Reprise Ultimate Raid in the fifth Final Fantasy XIV expansion.

I'll cut you to pieces! (N.B. This line appears without distortion, during his encounter in The Vault. Reused in Dragonsong's Reprise.)

There exists an unused hairstyle for Miqo'te women in the game .dat files. It belongs to the Au Ra NPC Yugiri Mistwalker, and is currently unobtainable in Heavensward.

It's most likely here as a leftover. During 2.0, Yugiri's model used a custom tail on a Miqo'te base body - to the point where in some cutscenes, Yugiri's horns underneath her veil would move like Miqo'te ears. The textures & model for it still exist in the game files. 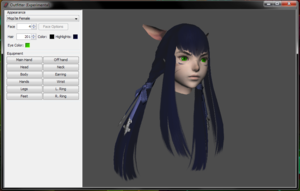 A model render of the unused hairstyle. 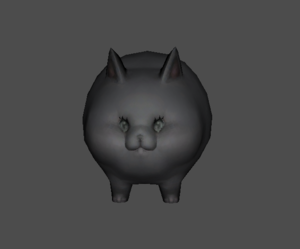 Model of the Black Cat Minion 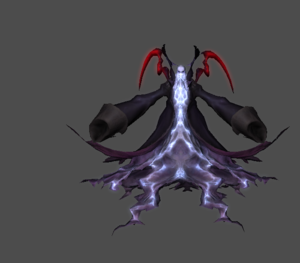 This is a unused model for the planned Egi Expansions.

This is used during the add phase of the Striking Tree trial, but is not available to players as of Patch 6.1. Producer Naoki Yoshida was quoted as saying "in the future, you'll be able to summon a certain old man and a sister clothed in ice who's also quite cute", yet Shiva-Egi has no model in the game. The primal Sephirot also has an 'egi' model that also goes unused to players.