Fire Emblem Warriors has you play as the characters from three Fire Emblem games with guest stars Lyn and Celica.

An early male Robin model in a different artstyle was used as a placeholder for female Robin's armor break model until a few updates later.

An early female Corrin model in a different artstyle. Like with male Robin, this was used as a placeholder for male Corrin's armor break model until a few updates later.

In the Nintendo Switch version of Fire Emblem Warriors his in game model has a fully rigged eye hidden underneath his eyepatch unlike Fire Emblem Fates which his hidden eye is not rigged on his Private Quarters model. 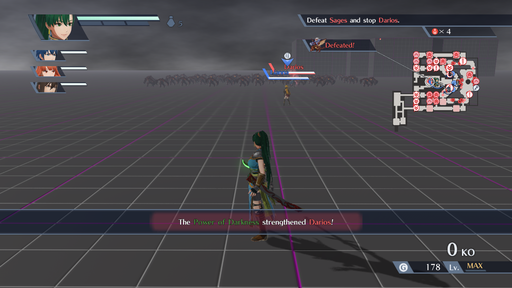 A test map used for testing.

Present in the game's UI files, featuring a generic swordsman soldier with Chrom's idle stance and an early version of the Bronze Sword.