Five Nights at Freddy's 2 is the (rather quickly released) sequel prequel to the popular 2014 horror game, featuring eleven animatronics, more areas to check on, and some strange after-death minigames. Oh yeah, and zero doors, obviously.

The unused Lives text and stickman from the original game are in the second game's files.

A leftover from the demo is in the final game's files.

A crying skull. While there is an object called "mike" which uses this graphic, it has no code assigned to it.

(Click to animate) Toy Chica peeking into the office. Note that she peeks in instantly, instead of waiting like Toy Bonnie. 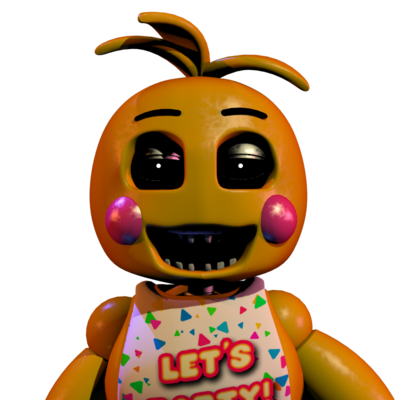 Toy Chica, without her eyes and beak. Intriguingly, it is very similar to the graphic used when Toy Bonnie appears in front of the player when the Freddy head is used while he is in the vent, indicating that Toy Chica would also do the same. In fact, Toy Chica peeking in to the room is fully functional! However, the state the mask needs to be in to trigger it is set to a very high number (999), which effectively makes her never appear.

A full-body sprite of the Puppet which shows its control. Seems strange since the puppet cannot stand inside the office like the other animatronics. It spawns inside the office by default but it is deleted as soon as the frame begins. This graphic's existence and placement in the office may imply the puppet originally functioned much more similarly to how Mangle does. 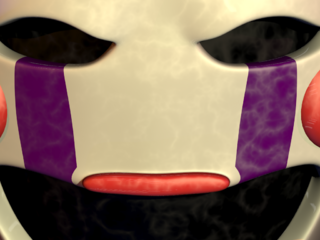 An image of the Puppet's close-up resembling the last frame of its jumpscare, only closer and lacking white pupils.

An empty meter reading "Toxic". According to the game's code, it shows that the meter would increase while the player wears the mask. When filled, it starts flashing red repeatedly until it finally reaches 0 again. 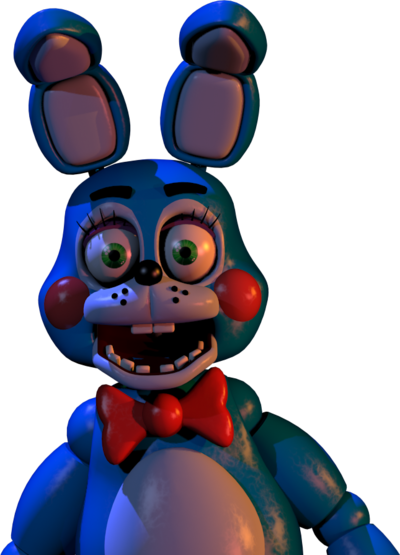 When Toy Bonnie slides into your office when the Freddy head is used while he is in the vent, only his face is visible.

JJ's graphic is obscured below the eyes offscreen and above them behind the office desk.

The text "it's him" is located out of frame on the screen used post-cutscene and can never be seen. Oddly, while other strings in the game are images, this text is done using Clickteam Fusion's "string" object, making it look completely different to other text in the game. 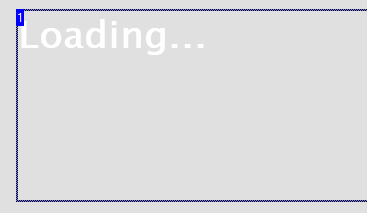 Just like the "it's him" text, a "Loading..." text is located out of frame in the loading screen and is also a string. Normally only a icon can be seen at the bottom right.

Like the previous game, the animatronic scream only plays for a second before cutting out to static.

The music that plays after you beat the game is named "musicbox2.wav". This matches up with "musicbox.wav" from the first game, which was the music that plays during the power outage scene. FNAF 2 does not have a power mechanic, however, Scott Cawthon himself said that he was going to include the power mechanic from the first game but decided to leave it out, explaining the file name. However, the first game uses musicbox.wav as the ending theme just like FNAF 2 and musicbox2.wav, so this may simply be a direct leftover.