Sequel to the massively popular original, with better crashes!

It should be noted that some of these graphics are used in the prototype build. 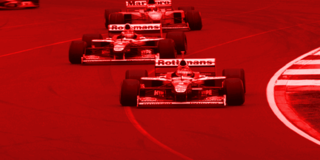 Possibly a menu screen background. Note the clearly visible tobacco sponsorship on the Ferrari and the Williams. 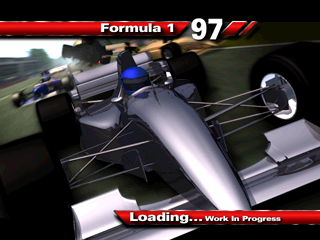 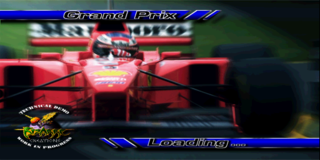 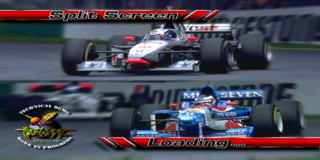 Early version of the Grand Prix Split Screen loading screen. In the final version, the overlays are different, the top of the McLaren has been cropped out, and the Mild Seven sponsorship on the Benetton has been censored. 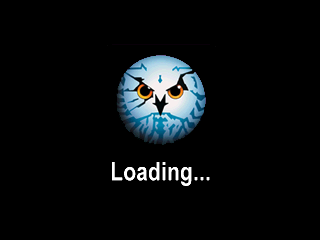 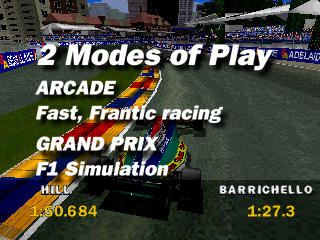 The summary screens from the demo version of the original Formula 1 game are also included on the Formula 1 '97 disc, although they are of course never seen. 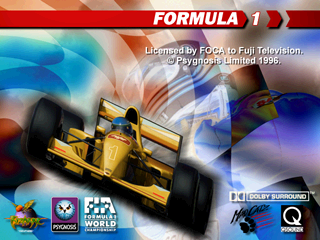 The loading screen from the original Formula 1 remains on the Formula 1 '97 disc. 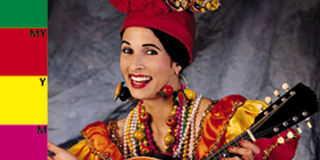 The two images above are on the disc for reasons unknown!

Commentary for Ricardo Rosset, whose Lola Ford team folded after the 1st race of the 1997 season and was not included in the game.

Some commentary for Jacques Villeneuve is on the disc.

The video shown at this link reveals that at one point in development, all 3 drivers (and the Lola team, using the McLaren model as a placeholder) were in the game. Rosset and Sospiri were removed, while Villeneuve was changed to Driverone Williams for licensing reasons not resolved until 1999 season.

Curiously, all these are mentioned explicitly in the European instruction manual, although the Lola does not have a car render in it. Villeneuve was removed from the Nordic version of the manual, however.