Following the okayish 1997 Frogger reboot, Interactive Studios began development on Frogger 2 for the N64, set to be released with the other versions of the game. Unfortunately, it was cancelled and the console was left without its needed dose of amphibian vehicle-dodging action.

This prototype build was released by Team CARROT on October 23, 2005. It includes two levels, a faithful port of the original arcade version (!), and a fancy set of development tools. It's also completely devoid of sound.

As stated above, there's a dev-menu accessible by selecting the DEVELOPMENT option on the main menu. The background appears to be from an earlier revision, in which the logo has less of a shadow and there are no ghosts spirits floating around. 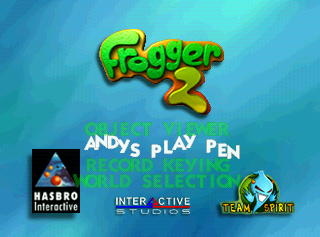 A model viewer. Meshes can be selected from predefined banks classified by level or screen, several of which contain corrupted data. 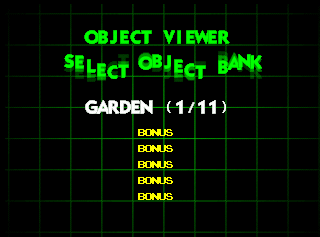 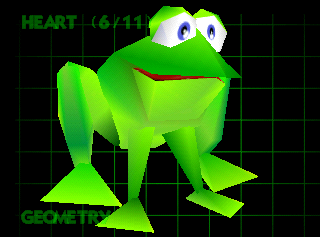 Takes you to a screen where you can edit a text display that reads "! DEVELOP !". 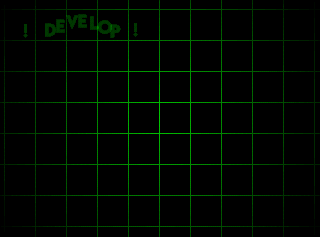 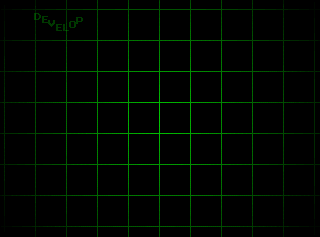 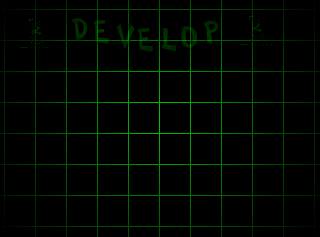 Starts a new game in the Docks level. Likely would have been used to record inputs to be played back for a demo.

A broken level select, as in "picking any of the options crashes the game". Boo. Different stages can be toggled with L and R. 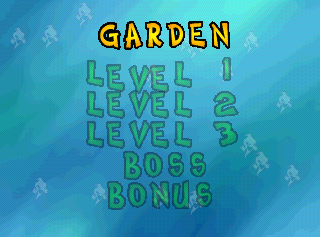 The 11th model bank, LANGUAGE SELECT, contains a model of a pond surrounded by a forest. As the bank's name implies, this might have been used for a language selection screen. 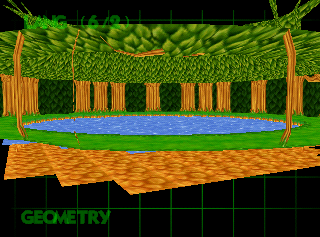 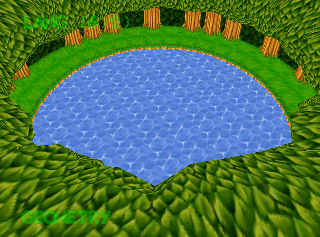 Starting at offset 62F94 in the ROM is a piece of instruction text from an earlier build. Almost all of the features described are not present in this build.