Say, Konami really liked the idea of rapidly spinning a joystick. So much that most of this game revolves around two of these, one for each hand. Ouch.

These three assets would have likely been used if the game was also released for the American or the rest of the Asian market. However, it wasn't the case, leaving them stubbed in the game's data. 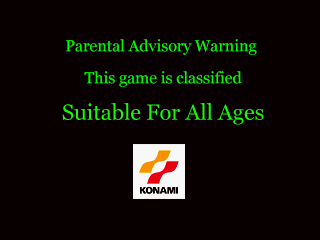 An early variant of the title screen graphic, which uses different fonts and has several coloring differences. 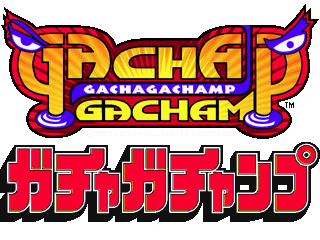 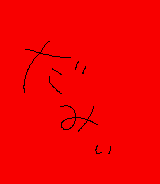 This first is a plain red graphic with the text "だみぃ" [dummy] crudely written on it. It is found twice in the minigame icon assets, labeled as STAGE_MAP_DUMMY0 and STAGE_MAP_DUMMY1 internally.

This second graphic, labeled r_objerror internally, is found near the interface assets.

Starting from offset 0x4B30 and 0x4C88 in the game's PC Card memory data is text for a warning screen intended for unreleased America and Asia localizations of the game, respectively. Note that the lines are in reverse order in the data, and were fixed for readability.

In the game's PC Card memory data in offset 0x552C is text leftovered from a location test prototype.