A rather direct port of the PlayStation version with some minor differences.

A hidden level select cheat, previously undiscovered in button code form, can be inputted with button combos while on the pause menu. This is the same cheat that can be accessed in-game with Gex Vault codes. Press the following buttons while holding the R button in the pause screen: 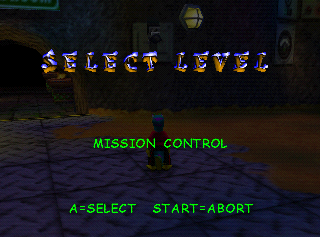 A developer message that can be found a few times in the ROM.

This message appears in the PlayStation version of the game if a level script doesn't work correctly.

During the ending, Alfred is seen reading a newspaper. Normally this texture would be unreadable due to the filtering and low resolution of the N64, but internally the texture is stored at a higher resolution which makes it readable. 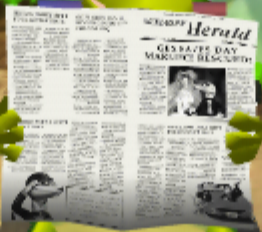 During the credits, when the "Special Thanks" section starts, only one name is shown and then the game abruptly ends the sequence and goes back to the intro.

Several things were changed and/or removed between the PlayStation and Nintendo 64 versions.