Giana Sisters: Twisted Dreams is the sequel to Giana Sisters DS and also served as a rebirth for the series. The game has a new gameplay mechanic called "twist", which allows the player to switch between Cute Giana and Maria Punk Giana.

A texture meant to be used when a texture is missing, labeled as "MISSING".

A placeholder texture labeled as "NONE". 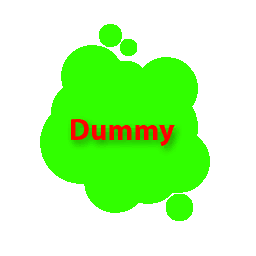 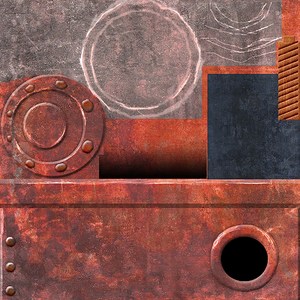 The texture of the scrapped Bombs Vending Machine. The model isn't present in the base game, but is in expansion packs - still unused though. 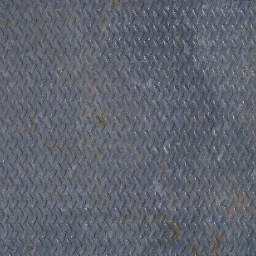 A metallic floor texture. Unknown use. 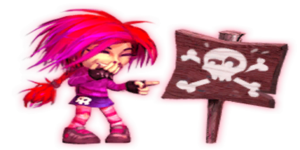 Partially used in the score screen after beating a level, right next to the death count. However, the left part with Punk Giana laughing is cut off in-game. A duplicate of the image exists as hud_i6b.dds.

You thought the gems were always meshes? Unfortunately you were mistaken. However, it did back in the demo of Project Giana. All small gems were models just like the Master Gem, so it needed to have textures for the red and yellow variants. In the final version of the game, they were replaced by a 2D texture and the appearence for the other variants are done with a hue change effect. This leaves the red and yellow gem textures unused.

A cubical model labeled as "MISSING MODEL". Like its name implies, it is meant to be used when a model is missing.
Viewer Map

A map, surely used for the model viewer. It uses another metallic floor as it texture.

Five identical sound files titled 005_dash_bounce.wav, 007_dash_repeat.wav, 017_giana_die.wav, 018_giana_dying.wav and 029_teleport_depart.wav. It has a quiet sound followed with 5 seconds of silence. These are placeholder sounds that were created before getting fulfilled and used. But these never got surely because they weren't needed or got replaced by others.

A different version of the sound effect for Cute Giana getting hurt.

A different version of Cute Giana giggling. It likely went unused because it sounded too annoying, unlike the others.

Giana and Maria giggling, named 218_vo_outro_giana.wav and 218_vo_outro_maria.wav respectively. They were meant to be used after Punk Giana saved Maria from Gurglewocky. It's also Maria's only voice clip.