The debug menu can be enabled by typing "serious1984", and pressing Right-Ctrl+0 to display. 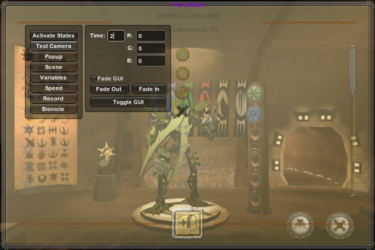 Despite its name, this menu is for testing UI toggling and fading. 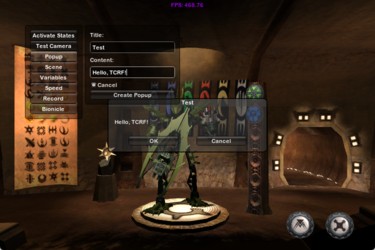 A menu for testing popup boxes. It contains the option to add a "Cancel" button, despite neither buttons doing anything. 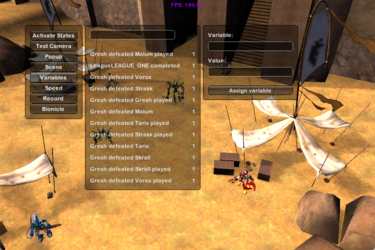 This menu displays save data, alongside an option to assign a variable. 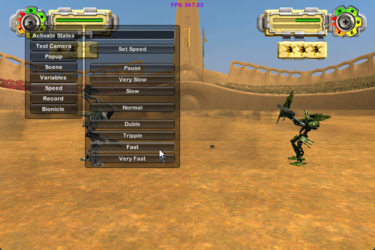 A menu to change the game's speed, with misspellings of "Double" and "Triple" included. 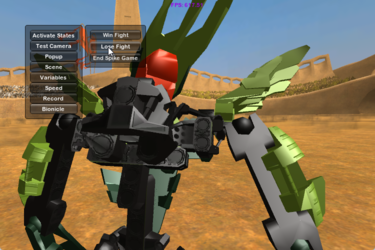 Oddly named the "Bionicle" menu, it contains options to win, lose, or end a game.