Goat Simulator originally started as part of a game jam held at Coffee Stain Studios, and it went quite uphill from there, and is intended to be a parody of the entire "simulation" category of games. Basically, you're a goat that wrecks stuff...that's it.

A console can be triggered with the TAB key and expanded with the ~ (tilde) key. It has an auto-complete feature that makes it easier to browse through commands. The most noteworthy ones are displayed below.

Rather than adding more players to the game, it can split the screen up to 4 angles, creating more cameras that are all attached to your goat. The DebugDeletePlayer input does the opposite and removes the "players'" screens.

This function is rather experimental and can lead to some bugs such as having one of the cameras "respawn" and thus losing control of the player (leading to have to close the game manually).

Displays bounding boxes for all visible objects in blue and yellow lines.

Toggles Binary Space Partition rendering. It makes a few of the structures like the house below and the Goat Queen access tower invisible.

Toggles collision rendering, detailed with red and green lines for the goat and pink lines for everything else.

Toggles decals rendering. In-game, it tweaks the display of the pentagram for the Sacrifice quest, amongst other textures.

Saturates the game's colors. Default is on. 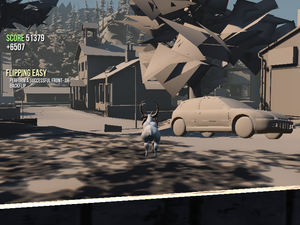 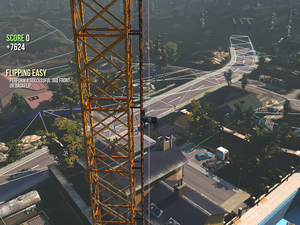 Similar to level coloration, but with colours. It's not listed in the autocomplete for some reason.

Makes the player's and characters' models invisible. Default is on. 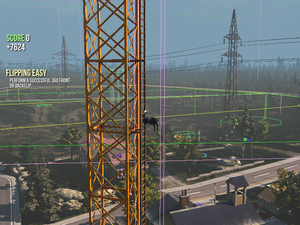 Shows a safe area guide. The yellow border is the title-safe area while the red one is the action-safe area. 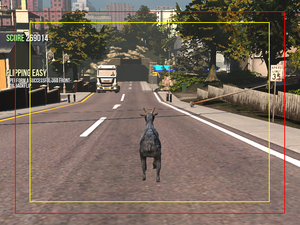 Displays some information including the player's nickname, location, state, health and such.

Shows placeholder text for a quest. 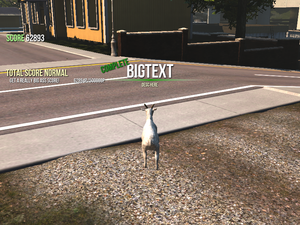 The commands below only show up in a small portion of the expanded console or in a very small font on the screen.

Plus, there are some inputs for viewing every sound that is played in the game.

While the game's overall soundtrack lasts for 10 minutes, there are three additional songs that go unused.

There's some static noise in EditorSounds.upk labeled as WhiteNoise.SoundNodeWave too, and it's the only file on that archive.

There is a handful of meshes located in EditorMeshes.upk and NodeBuddies.upk that were likely used for testing purposes. Some are leftovers from the Unreal SDK. 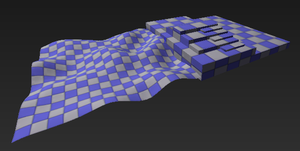 AnimTreeEd_PreviewFloor.StaticMesh is your average test surface with one of the default textures on. A video of the alpha version shows a similar structure smashed together with the final map. 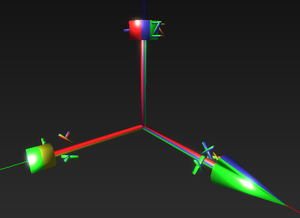 Axis_Guide.StaticMesh is exactly what it says on the tin. It has no texture. 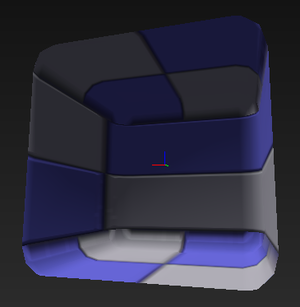 BackgroundCube.StaticMesh is a cube with rounded edges using the default texture. 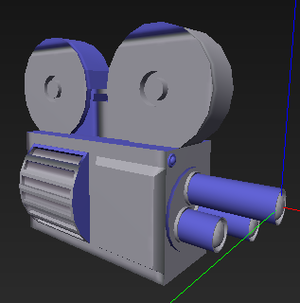 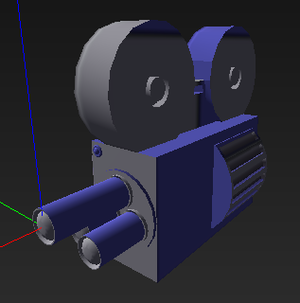 MatineeCam_SM.StaticMesh is a movie projector that is used in the Unreal Editor in the creation of cutscenes. 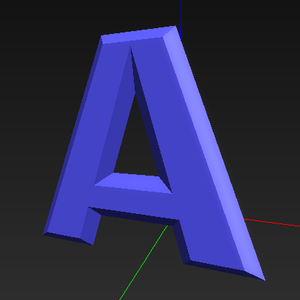 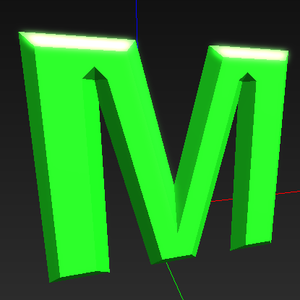 There are a few meshes of some arrows of different sizes and shapes. Likewise, there are two models of a chopped arrow and a cut open box each. 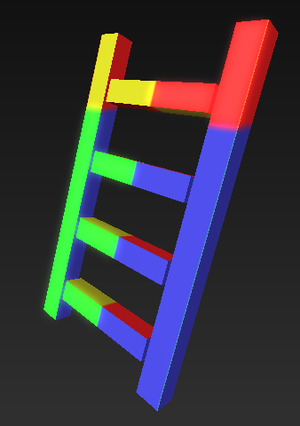 NodeBuddy_PerchClimb.StaticMesh is an untextured short ladder.

Two models render a target along with a rectangular block and a sole target that somehow is a pop-up. The first one has a few duplicates with both objects facing in different directions.

Two models depict the word SWAT with an arrow pointing to the left/right.

If you head over the tunnel in the Low Gravity Testing Facility's direction, you can see a test model just after the tunnel. It's impossible to interact with it since an invisible wall bounces you off. 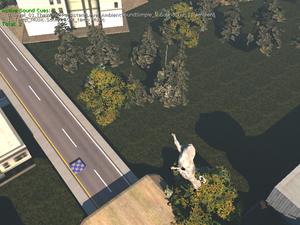 An alternate startup screen that has "Editor" written above the game's title. An editor is accessible by adding "editor" after the game's shortcut path, but it crashes after loading a few packages.

A massive amount of images that are leftovers from the Unreal Editor and the FaceFX software are scattered through the game's files. These range from icons to startup screens to backgrounds.

Stored in UI_Icons.upk is this little drawing of a goat.

MapTemplatesIndex.upk has these textures of a black cube standing at different times of the day.

EngineMaterials.upk contains some assorted placeholders, like the default texture.

There are also a few "icons" related to the Unreal Editor judging by the filenames.

EditorMaterials.upk has Unreal Editor leftovers aplenty. These will be sorted by their resolutions below.

A few backgrounds and placeholders.

Two icons for spawning targets and... a red triangle.

A blue apple with wings and a grey grandient... wait, what?

Base_Materials.upk has some odd textures that don't seem to be used anywhere.

GameFramework.upk harbours these two icons for something related to crowds.

ColorLookup.upk has these two colourful strips. The second one is slightly brighter than the first one.

Last but not least, MaterialTemplates.upk has these two textures.

Two dialog boxes can be viewed with a resource editor in the game's main executable. Its purpose is unknown, and they don't seem to be related to the Unreal devkit. 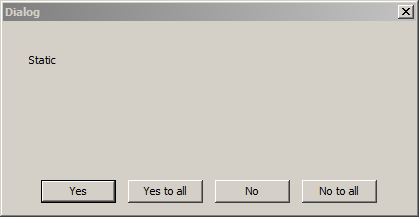 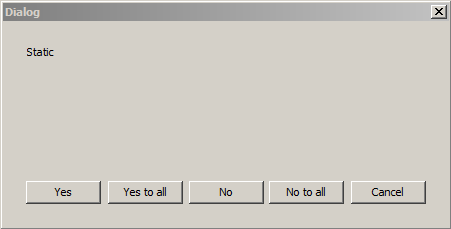 A greeting message for the SDK can be found in the Engine folder.

The text file for the splash screen has the following string that doesn't show up.

The main file for all the game's text has a commented out option for switching coarse language. Even if it is re-enabled, it cannot be used since the Advanced options box overlaps it. A mod exists that restores its functionality.

In GoatSettings.bin, there seems to be a option to enable explicit content. It is unknown how to turn it on.

There is a file containing these words:

It is unknown if it is different between the Android and iOS releases.