From The Cutting Room Floor
< GoldenEye 007 (Nintendo 64)
Jump to navigation Jump to search
This page contains changes which are not marked for translation.
Other languages:
English • ‎한국어

It seems as though this game has more unused items than used ones, which is really surprising. Most of them appear to be from other Bond movies, and don't really have a point to be in this game. Most of these do not have models and instead appear as a hand grenade when viewed in the menu. When used as props, they appear as the Borg crate. In the case of unfinished weapons with preliminary stats, they also act as hand grenades when fired. None of this stuff is actually functional unless otherwise noted. 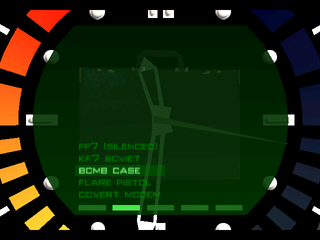 The bomb case is one of the few functional unused items. It's called an explosive case when you pick it up. It works just like timed mines.

Has preliminary stats and its own ammo type.

Q specifically mentions the piton gun in Dam's briefing, where he tells you to use it at the bottom of your jump. It has preliminary stats and its own ammo type.

Obviously originally intended for Dam, Q also mentions this in the briefing.

Could have been intended for destroying padlocks, which are found in the game's missions.

This may have been inspired by the scene in the movie where Russian soldiers blast open the facility's locked bottling room door. 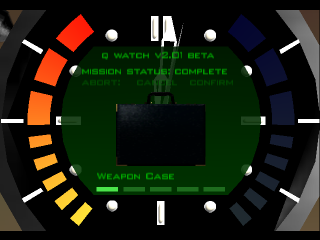 This is another functioning unused item, and a really good one. Once you use it, you automatically get two throwing knives, two hand grenades and a sniper rifle. It appears to be from the movie From Russia with Love. Seeing as there is an actual object for this, someone would have likely given you this weapon case for a certain level. 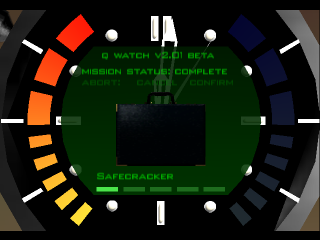 A safe cracker was used in On Her Majesty's Secret Service. There are several safes throughout the missions where this could have been utilized, but all of them are opened with keys. 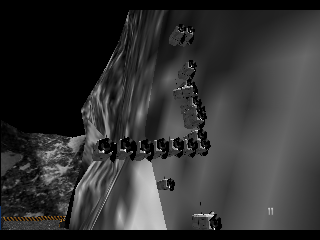 Another working unused item. You can throw these at a wall, and they stick like the covert modem/tracker bug. It has a pick up message, so you probably were meant to pick up this one.

This one comes from the Bond movie A View to a Kill, where this one detected bugs in Bond's hotel room. 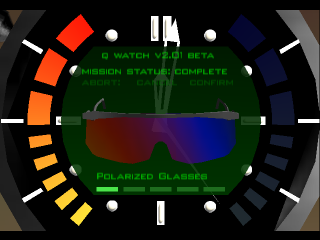 Another item from A View to a Kill, this one lets Bond view through tinted windows. The lens' color in the watch menu changes as you change direction.

Unrelated to the sunglasses that certain spawned guards wear.

No idea on this one. It could have been used as a creative way to open a door, though. 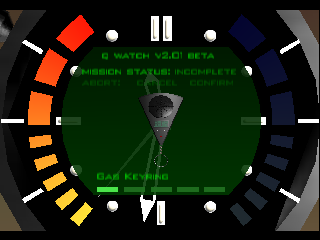 This one comes from the movie The Living Daylights, where this item emits a gas that can knock out a person, or work as an explosive. This one also exists as a prop, so either you picked it up or could actually see it when you used it. 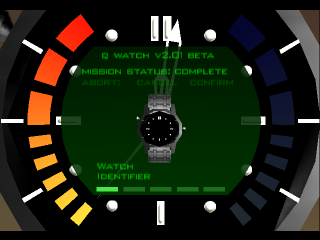 Again, no idea on this one, could have been used to identify people, or anything. 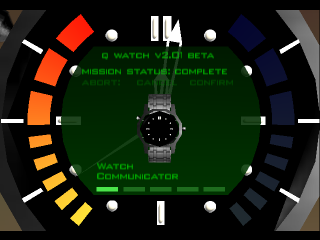 Obviously this could have been used to communicate with someone. 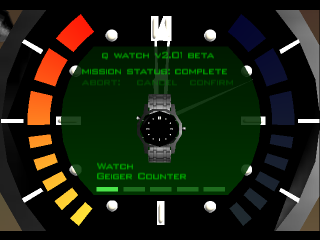 This one is used in the movie Thunderball to detect stolen bombs. 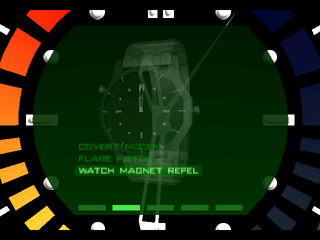 Essentially the opposite of the Watch Magnet Attract, this was supposed to push things away from you, but it is non-functional and doesn't even have stats. 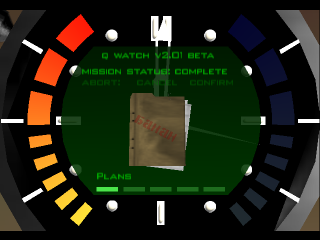 A file folder stamped with the Russian text "Банан", which means "Banana". Based on developer interviews, it is believed you would have gotten this item from Ourumov's briefcase in Silo.

A spy file. Could theoretically have been everything and anything. 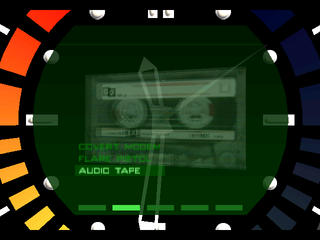 Bond surely had to collect this one to complete an objective. But it could have been for any level really.

Another one which was likely planned as a collectible for an objective.

In The Spy Who Loved Me, Bond reads microfilm that he stole from Jaws.

This one is very likely needed to be uploaded to some computer.

A probable misspelling of "Lektor", an item from From Russia with Love, which was a typewriter which decoded coded messages.

Money doesn't usually have too big of a role in agent missions. Could have been for everything and anything.

Gold plays heavily into the plot of Goldfinger.

Not a female hero, but a misspelling of the ever-so-popular drug. Its prop model file name is spelled correctly. 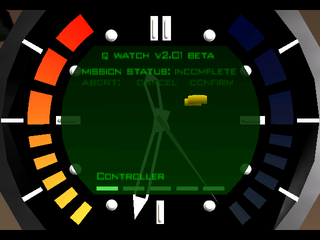 This is the N64 controller model used in the control styles menu. Strangely though, it has partial stats and can even be equipped in first person.