Goof Troop is another Disney/Capcom production, based on the cartoon series of the same name. Any similarities to the early Capcom game Pirate Ship Higemaru may or may not be purely coincidental.

Present at offset 0x01FA54 in an unheadered ROM is this text, possibly belonging to some sort of object viewer. No evidence has been found of any programming that loads it, however. Worth investigating again if one of the SAMPLE builds (see below) ever turn up...

Used to fill out the empty space at the end of each ROM bank, repeating every 0x80 bytes. Similar filler text can be found in The Great Circus Mystery Starring Mickey & Minnie. The dates are different between regions.

In addition, this similar text appears at offset 0x018550 and is copied to RAM address $7FFF20 on starting the game. The only regional differences here are the region tags at the bottom.

Text printing for various SAMPLE builds exist in all regions except USA, likely meant to be applied to the title screen. Pro Action Replay (PAR) codes are included below that replace the license text, used to produce these screenshots. 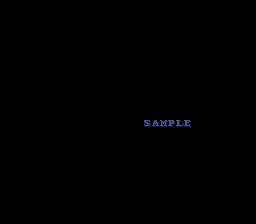 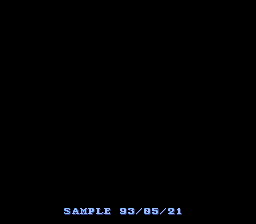 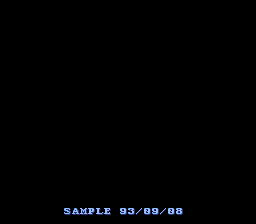 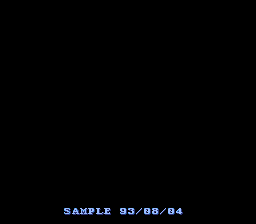 When RAM address 7E1120 is non-zero, recording is enabled for the demo sequences, a feature also seen in other Capcom SNES games like Final Fight and The Magical Quest. No programming has been found to enable it, though. Even using a game enhancer cheat, such as Pro Action Replay (PAR) code 7E112001, it still won't function as it attempts to write the data to ROM region (possible on a dev kit with volatile memory, but not on a retail cart). The routines would need to be rewritten to target RAM or SRAM. 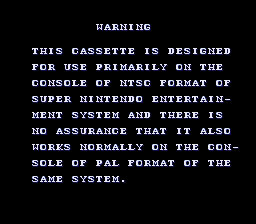 A rather common region error message when playing the game on an incompatible system. What makes this one noteworthy (besides being rather rude and waiting until the player completes a stage to display it) is that it checks the country code in the internal cartridge header to determine if the check passes. The error appears if it detects NTSC country values $00 (Japan), $01 (USA) or $0D (South Korea), the last of which did not receive a release for the Super Comboy system[1], though a number of other Capcom games did.

The Japanese release of the game features a smaller Goofy and Max, with a much larger logo. It also includes the Capcom logo.

The Japanese options screen includes a background image of Goofy and Max, plus a border around the player controls. A difficulty option that affects puzzles was also added.