When I say this hit tennis sim had input from a former pro player, what are you thinking? A photo shoot and a back-of-the-box blurb?

Because he actually bought the unfinished game off its developers, hired a new team to complete it to his specifications, and founded his own company to publish it: a gamble that extended to quitting his job and going $30,000 into debt.

That is what I call input.

The four opponents by ascending difficulty are Ace, Chiphead, Warrior, and Demon, but the data files for the first three are called Smith, Jones, and Sleezak. (The name Sleezak does appear in-game as filler on the tournament bracket.)

Going by these sprites, the umpire could have had the ability to turn his head in either direction (also, less and/or darker hair).

Each tennis court backdrop has a few pixels' worth of unseen detail past the right edge of the screen, followed by barcode-like stripes. 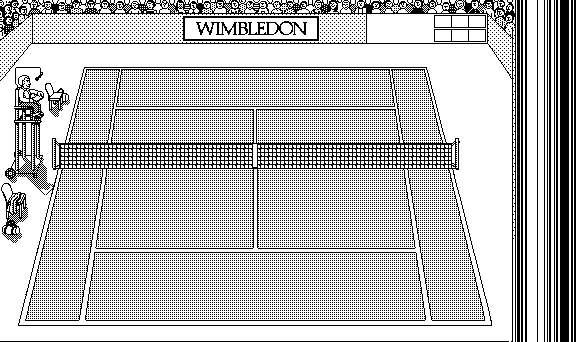 On top of that, the gray texture used in the Australian backdrop floods well out of bounds: 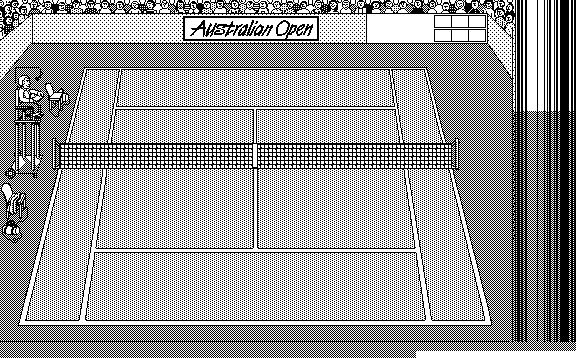 In the blank space below it are two sprites of the ball boy; the one on the left is an unused variant with a different face.

The CANV owner resource contains a build date for version 1.0, even in version 1.1: