The Coastguard Maverick appears to have been cut again, as the same remnants from Vice City are present. 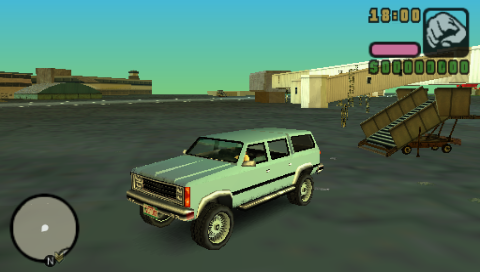 Vehicle 268, an FBI variant of the Rancher. Seems to have been cut very late, as all coding needed to be driven still exists. It can be spawned by the debug menu or trainers. 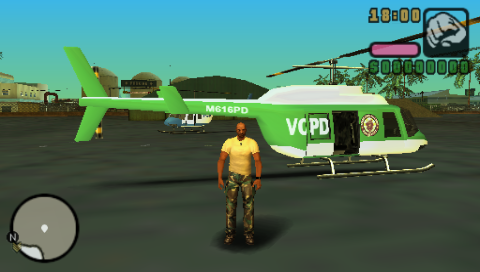 Vehicle 279, a Police Maverick with slide doors goes unused. It can be spawned with the debug menu or trainers and has Vice City's green and white color scheme. 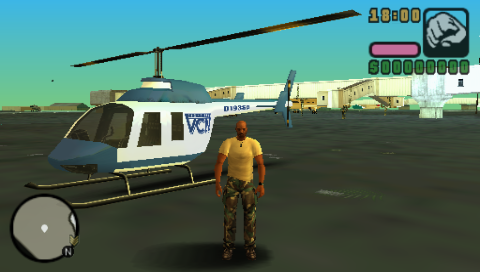 Vehicle 260, the VCN Maverick as seen in the original Vice City. It can be driven perfectly when spawned with the debug menu or trainer.

The Kuruma from Liberty City Stories was to return, but was cut. All that remains is the name in the files.

Mentioned in the official BradyGames strategy guide, but with the incorrect screenshot. Only the name seems to exist in the final game.

An unused and fully-functioning weapon, which can be accessed via trainers.

A phone that has no use when equipped, which may have been replaced with the pager. Ironically, the icon resembles more of a newer phone model that matches up with the earlier Liberty City Stories weapon icons.

Like most games in the Grand Theft Auto series, Tear Gas is not available normally, but is fully functional. Interestingly, the model and texture is completely different from the other games!

In addition to the above-mentioned Tear Gas and Land Mine, the weapon table in GAME.DTZ contains entries for the screwdriver, hammer and cleaver, most likely as leftovers from the original Vice City. Along with them is also an entry for a seamine; judging by the unused audio for the mission The Colonel's Coke it might have been intended as an obstacle for that mission.

HUD icons for a phone, a property and a clothing store, none of which are used.

Early textures for Blista Compact can be found in the PlayStation 2 version.

As seen in some trailers, Louise originally had black hair. The aerobics model of her still has the early version present, the only difference being the head.

The texture sheets for Vic (where his arms are exposed) feature a tattoo, which is never seen in-game.

The PSP version contains an early model for Vic, looking more like his appearance in the original Vice City, which was seen in early screenshots. He is also wearing a USMC uniform and some of the textures are named cs_vic_marine.

SPLASH4-10.XTX are unused splash screens, which are just lower quality copies of the loading screens, two of which seem to be early versions. The one featuring Diego Mendez has a different skyline in the background and Diaz's face was touched up a bit.

Textures for Toni, the protagonist of Liberty City Stories are left over in the PSP version as well.

Three sets of placeholder textures are present in the PSP version. Frankie, Janet and Mary-Jo are all minor characters in the game. Similar textures were in Liberty City Stories as well.

Depending on which island the game is saved on the game uses one of two icons. Since there are only two islands, this third icon goes unused.

There are strings of text showing that Leo Teal would return from GTA: Vice City. He also has five missions mentioned in the game's files.

Several multiplayer characters from the PSP version appear to have been cut as well.

Stats for Hidden Packages, which were replaced by 99 Red Balloons in this game.

Apparently you were meant to be able to take screenshots in the PSP version of the game, no such feature seems to exist though.

This message is simply never displayed.

An additional pager message from Phil, possibly after Where It Hurts the Most. Oddly, this text was stored away from the mission related text, where the other pager text was stored.

When ported over to the PlayStation 2, several minor changes and new features were added.