This is a sub-page of Grand Theft Auto III.

There is a file called vehicles.dff left in the Android and iOS releases which contains very old vehicle models, many of which have wildly different internal names from the final game. They seem to match the oldest screenshots of the game and look quite similar to the earliest renders released. To sum up:

Unlike the final game, these are all stored as "chunks" in one .dff file (the game's model format) and would've all been loaded at the same time instead of being streamed individually from the disc. They can still be activated (partially, namely ambulan, armytruk, bus, cabbie, chopper, coach, dodo, firetruk, police, and taxi) by inserting this line into gta3.dat:

However, due to the aforementioned collision data issue, they are for the most part not functional.

The Ambulance. The green windows are an error — the texture for them appears to be slightly different than what was originally used.

The Securicar, or Armored Truck as its render is named.

The Barracks OL, or Army Truck as its render is named. Unlike its final iteration, it doesn't have randomized components in the rear. 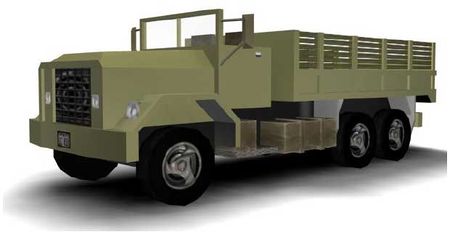 The Moonbeam, or Aster as its render is named.

The Sentinel, which was still called the Beamer at this point in development. 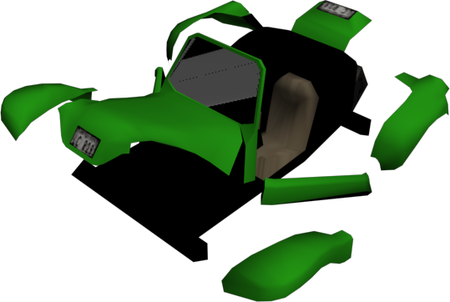 So many things to break!

Ah, the infamous school bus. It only has one functioning door (on the left side), which isn't supported by the final game.

The Cabbie. It's quite a bit smaller than the final version. 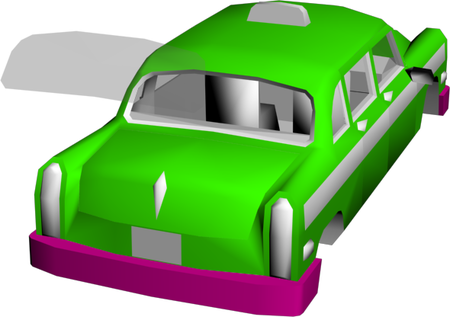 Interestingly, the back window is breakable.

The Blista, or Space as it was called at this point.

An older version of the police chopper. It has less breakable parts, a different shade of blue, and the textures are laid out a bit differently. 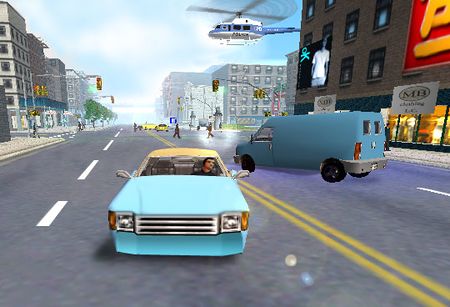 The Coach, sadly no awesome Felly Tours signage is left. The LOD is a duplicate of the high poly mesh and there is no randomized signage. 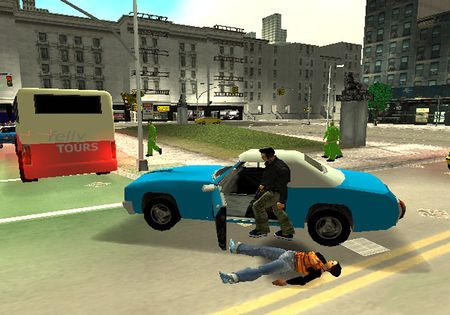 The Dodo! This confirms once and for all that the wings were always clipped, finally debunking an infamous rumor.

The Esperanto, misspelled "Esparanto" on the official site. It has different damaged parts from the final game.

The Linerunner, or Semi Cab as its render is named.

The Trashmaster. Its render is named Garbage Truck on the official site.

The Patriot, once called the Hum Vee on the official site. Unlike the Patriot, it doesn't have randomized components in the rear.

An old version the Mr. Whoopee. It was plainly named the Ice Cream Truck at this point. The green bottom half is an error — the texture for it appears to be slightly different than what was originally used. 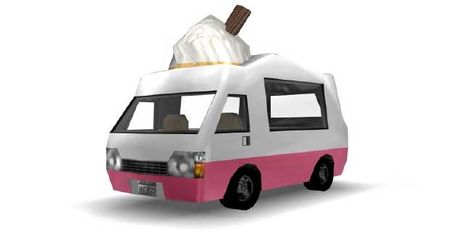 The Kuruma, named the Sentinal at this point. It has no unique damaged parts.

The Luton, an iconic vehicle from this early development era and predecessor to the Mule.

The Perennial, or the Maurice as it's referred to on the site. 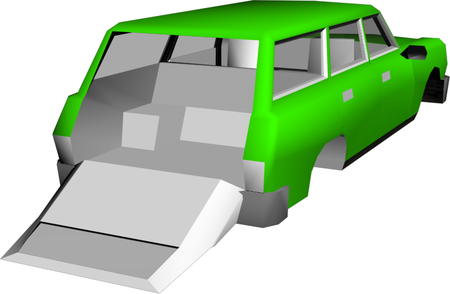 The Bobcat, or U-Jerk (a callback to GTA2) as the name of its render would indicate.

The Predator, still simply dubbed the Police Boat at this point. It lacks turrets on the front, has guard rails, and is overall considerably dumpier-looking than the final version. 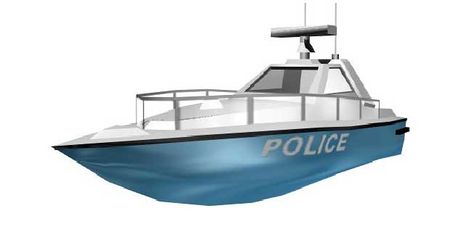 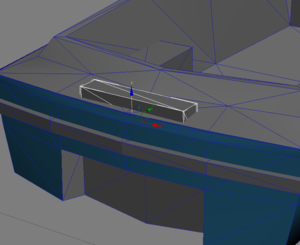 There is also a separate "rudder" object. Maybe it was meant to turn with the player's steering?

The real deal, the NYPD blue police cruiser! It has different damaged parts from its final iteration.

The Manana, once called the Ariant on the official site. It has different damaged parts and big round lights on the back.

The Idaho, or the Hachura as it was called on the official site. It has different damaged parts.

The Train, or Subway Train as its render is named. Besides not having functioning doors or a LOD and a few minor detail differences, it's about the same as what shipped with the PC version and beyond.

The Enforcer, or SWAT Van according to its render. 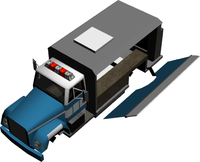 Once upon a time, you could blow entire walls off this thing. 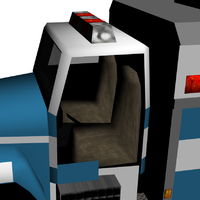 A cute, early attempt at modeling a gear stick.

Now this is something else! A much smaller version of the Rhino that took on an APC-like appearance. It was called the Tank at this point according to its render filename. It has functioning headlights/brake lights, six wheels, and only one door on the back, which the final game doesn't support. 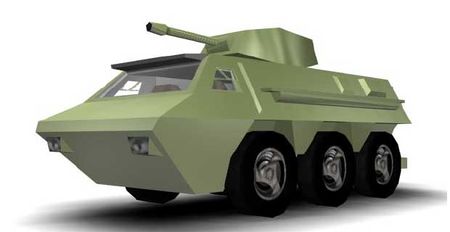 An unreleased render which was discovered in 2015 by guessing links on the official site. Notice the huge wheels!

The Taxi. It has different damaged parts and is a bit smaller. Also, there's no alternate TAXI sign on top of the body for the game to spawn.

The Cheetah, once called the Rocket on the official site. It has different damaged parts.

The Pony. It's mostly complete!

Pre-release screenshot
Retrieved from "https://tcrf.net/index.php?title=Grand_Theft_Auto_III/Vehicles&oldid=1083178"
Categories:
Cleanup > To do
Subpages