Gremlins 2 is an NES game based on the 1990 movie of the same name.

This is the Clamp Cable Network logo from the movie.

The cutscene tune runs a total of 44 seconds, but the last 12 seconds are never used during gameplay. 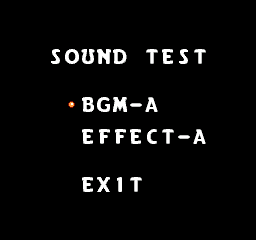 In the Japanese version, press A + Start at the title screen to be brought to a sound test.

The title screen was changed for the Japanese version. The European title is identical to the US one, save for a single very important space added to the word "PASSWORD".

In the US and European versions, the password screen is on the title screen. In the Japanese version, there is a separate screen for the passwords. Note that the space in "PASSWORD" disappears when you actually choose the option in the European version.

There are significantly fewer spikes and pits in the Japanese version.

Unlike in the US and European version, Mohawk is able to hit Gizmo in his starting position in the Japanese version (and the prototype).