Ground Effects is an F1 racing game that supports up to 8 players. Thanks to licensing agreements with FIA/FOCA and the 1992 season's Big Four teams (McLaren, Williams, Ferrari, and Benetton), Taito was able to incorporate real F1 courses and cars into the game.

If Sega's F1 Super Lap hadn't came out with the same features (and more) in the exact same month, maybe this game wouldn't have been relegated to obscurity. 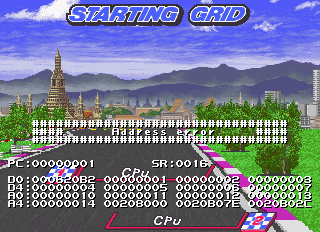 This game has a simple exception handler that displays the exception name and the values of the program counter, status register, and data/address registers at the time of crash.

To replace the Test Mode menu with one of two different debugging tools, place this code in MAME's groundfx.xml cheat file:

Both tools try to read input from buttons that don't exist on a retail unit. Place the following code in groundfx.xml to replace those inputs with reads from the Service 1 button: 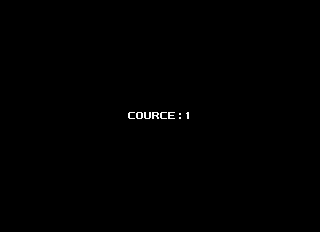 A simple course select menu will load first. Press 1P Button 1 to select between courses and Service 1 to load that course. 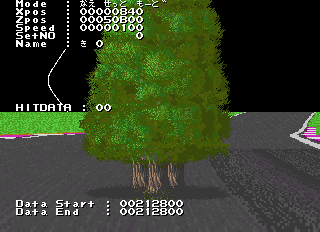 This tool allows the user to place hazards both on the track and on the sides of the course. Object placement is stored at a location in RAM: In a development environment, the user would probably be able to get that data from RAM to paste into the ROM later, but at this point the only thing the user can do here is drive around the course as a tree. And isn't that enough, really?

This editor also allows the user to view the hit data information of the course.

This uses the same course select menu as the object placement tool and is controlled in the same way. 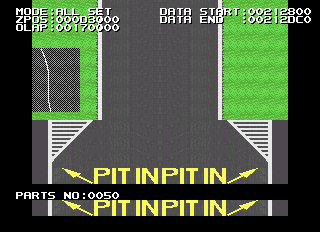 This tool allows the user to edit the graphics of all four tracks. The top window shows the current chunk of track; the piece that will be edited is at the very bottom, just above the "Parts No" text. The second, smaller window at the bottom shows the map part that can be placed on the track. 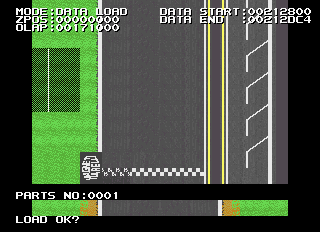 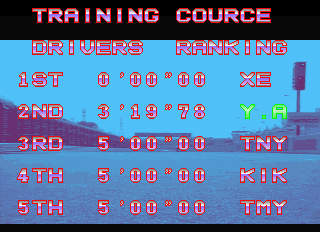 There are 35 names that the game checks for on high score entry. Most use the default palette, but some will be highlighted in a unique pink or green palette.

The first group is made up of repeating characters. Though most of these replacements aren't particularly interesting, the ones in green and a few in red seem to be developer handles:

The second group includes the ubiquitous "SEX" censor and what appear to be more developer pseudonyms.